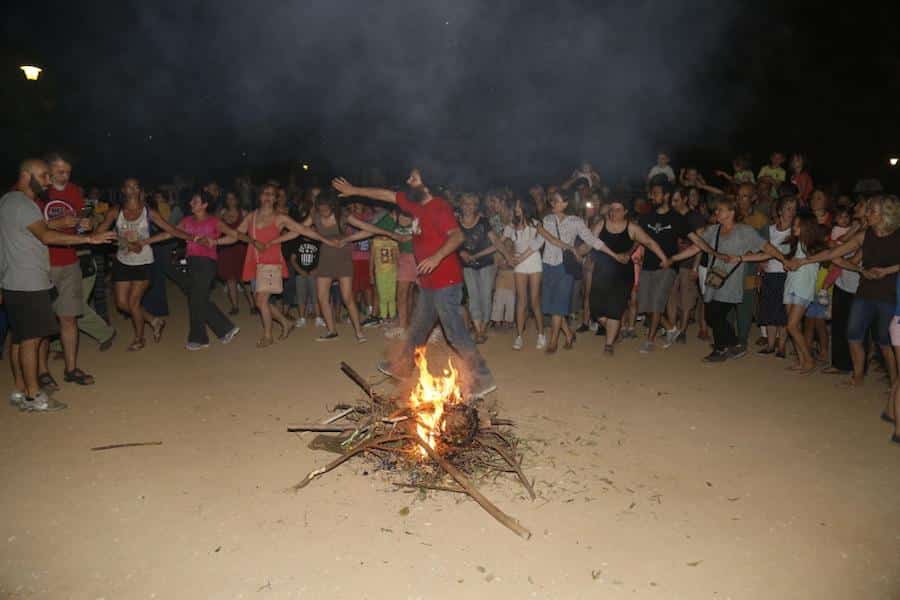 The festival of Ai-Ioannis of Klidonas, one of the island’s largest and most important folklore feasts, takes place at the wonderful Aliki beach on the eve of June 23rd

The festival revives the custom of Klidonas, usually in the courtyard of St. Athanasios church, where the residents light large fires and burn the Maides, the floral wreaths they had made on May 1 and leaping over the fires is thought to exorcise the evil spirits. The making of wreaths on the 1st of May to “welcome” springtime, is a Greek tradition in which people go to the countryside and pick flowers which they weave into wreaths, which are then hung on their doors.

On the other hand, young ladies, dressed in traditional garb, reenact the fable of the silent transporting of water, “Amilito nero”, in which, according to popular tradition,  their future husbands will be revealed in their dreams. The custom is where the maidens of the village go to the wishing well to fill their urns with ‘silent water’, they then read aloud their wishes pulled out of the Mystic Urn, in finding their future partners.  If their fortunes are granted, the girls will destroy their personal urns.  Later, the boys and girls dance around a burning fire, and as a finale, everyone brave enough will jump over the fire for the purification ceremony.  The ‘Klinodas’ was originally an ancient pagan tradition, which developed into the festival that has survived to the present day. 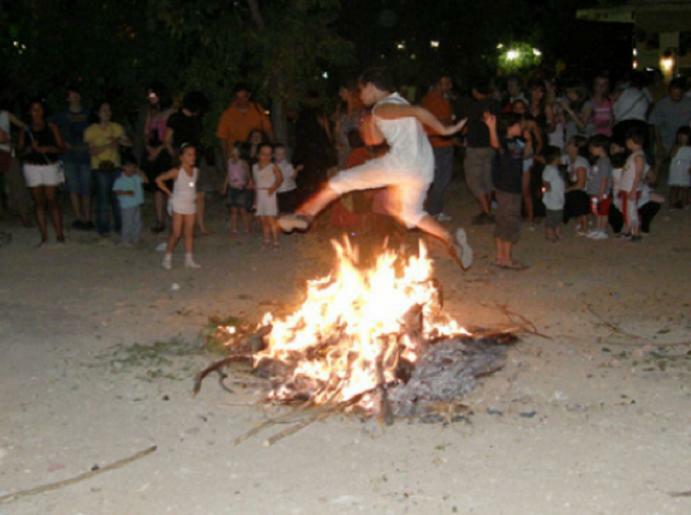 All residents as well as numerous visitors participate with religious solemnity to the festivals of Paros, attending vespers and, following the divine liturgy, contribute in their own way to the feast. Some bring the traditional alcoholic beverage, souma, or wine while others bring pies, revithada, or other delicacies they have prepared before at home and the festival culminates with feasting, dancing and singing that goes on for many hours until dawn.