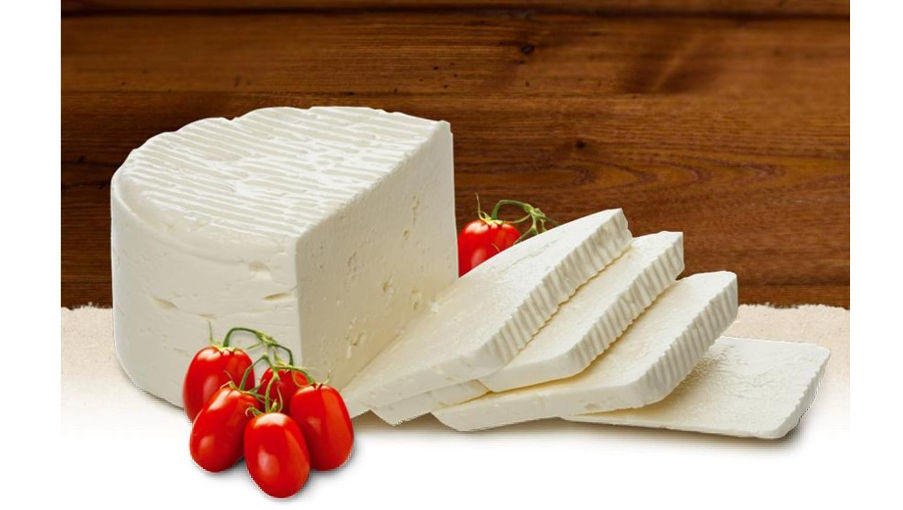 Mizithra melts on the tongue and fills the mouth with its mellow sweetness.

A traditional, unpasteurized fresh cheese made with milk and whey from sheep and/or goats (typically with a ratio of 7 to 3), Mitizthra has been produced in Greece for thousands of years and is believed to be the progenitor of all Greek whey cheeses.

It is made from raw, whole milk in the simplest way possible: milk is brought to a slow boil for a few minutes and then curdled by adding rennet or whey from a previous batch, or simply by something acidic, like lemon juice or vinegar. As soon as the curds have formed, they are poured into cheesecloth bags and hung out to drain. The whey that drips from the cheesecloth can then be used to prepare the next batch.

After a few days, mizithra forms into a soft, snow-white mass which is mellow, creamy and moist, assuming a pear-liked shape from the hanging cheesecloth bag. Since no salt is added, mizithra is at this stage almost sweet and milky in taste, so it is called “sweet” or “fresh mizithra” and can be eaten as it is or used to bake pies.

The longer it ages, the denser, saltier and sourer it becomes and can ultimately turn into a very dense, hard, white cheese that is suitable for fine grating. Hard or dried mizithra is especially suited for sprinkling over hot pasta and has a strong flavor.

Mizithra produced in the regions of Macedonia, Thrace, Thessaly, Central Greece, and Crete.

Either served as a dessert with honey and cinnamon, or as a “meze” with paximadi, olives, and tomatoes or even when used as a table cheese, as well as in salads, pastries and in baking, mizithra is a delicious choice of cheese when cooking.