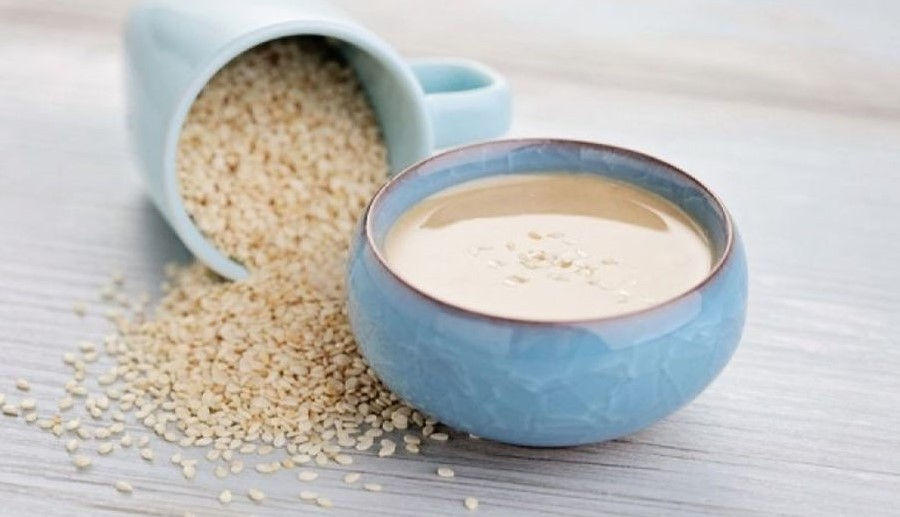 Tahini is a power food produced from ground sesame seeds and is considered a unique dietary treasure featuring a multitude of nutrients that are highly beneficial to our health. Tahini is an oily paste made from toasted ground hulled sesame seeds. It has the same texture as peanut butter, but is a healthier alternative. Although […] 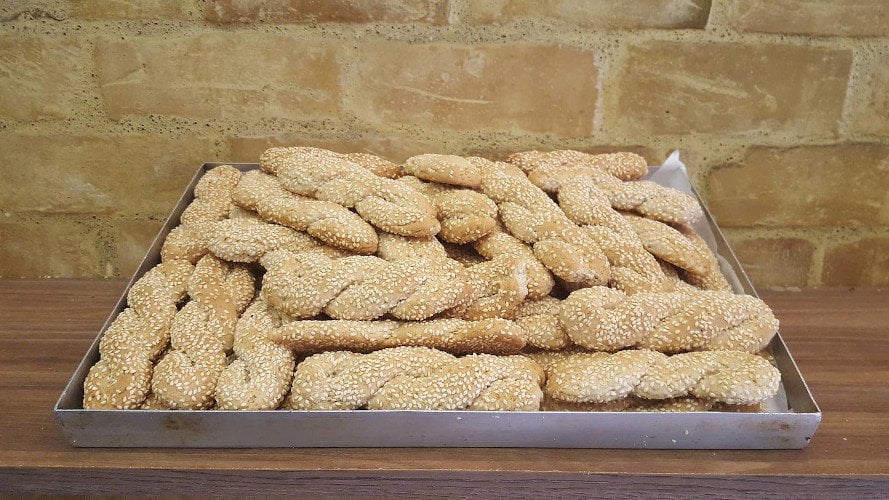 Tahini is a natural product made from select seeds of the sesame plant (Sesamun Indicum) which have been peeled and dried. It takes the form of a sesame puree or creamy sesame oil. The etymology of the word is Turkish and means ‘sesame pulp’. It is an ideal source of vegetable protein, particularly during Lenten […] 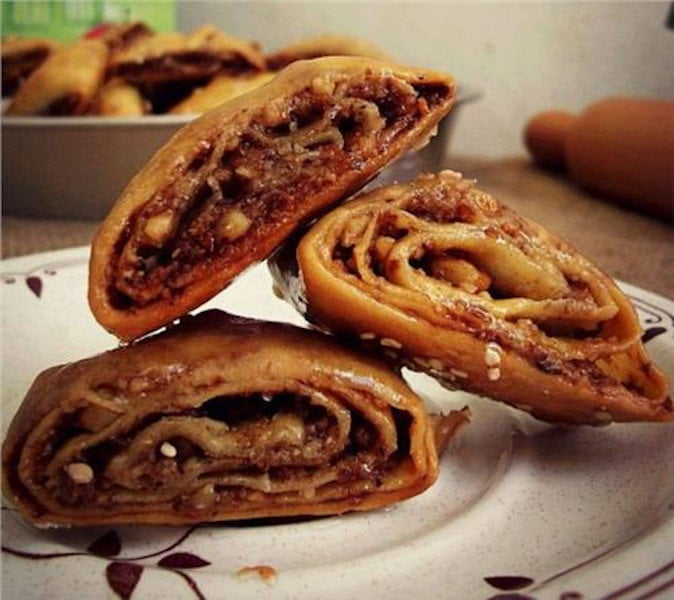 Takakia or mantinades, sometimes called Apoloniatikos baklava, is prepared using handmade pastry-sheets made from leaven and lye, a solution prepared by boiling water along with wood ash that is used to make traditional sweet dishes. It is baked in the oven. A very special sweet of Rhodes, it has minimal amounts of sugar and high […] 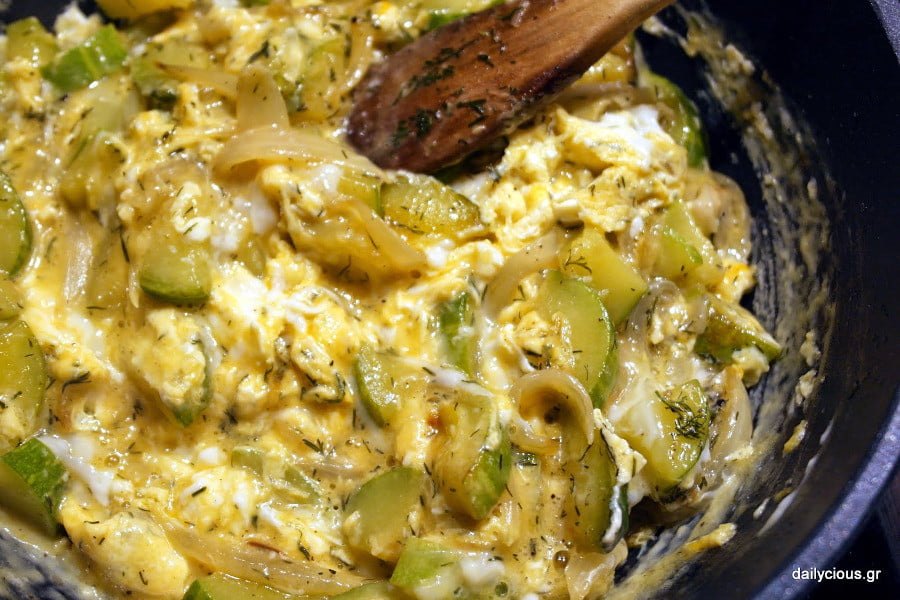 Tarachta is a delicious omelet based on an old recipe on the island of Santorini. The difference between this omelet and an ordinary one is the separation of the yolk from the egg white. The yolk is beaten separately from the egg white, together with milk, pepper, salt and parsley. The egg whites are then […]

The word tarama is of Turkish origin and derives from the word for fish roe. In Greece, it is also called chaviari. Its basic ingredient is the roe of cod or carp, which is salted and left for some days to mature. It is then mixed, following particular methods, with olive oil, lemon juice and […] 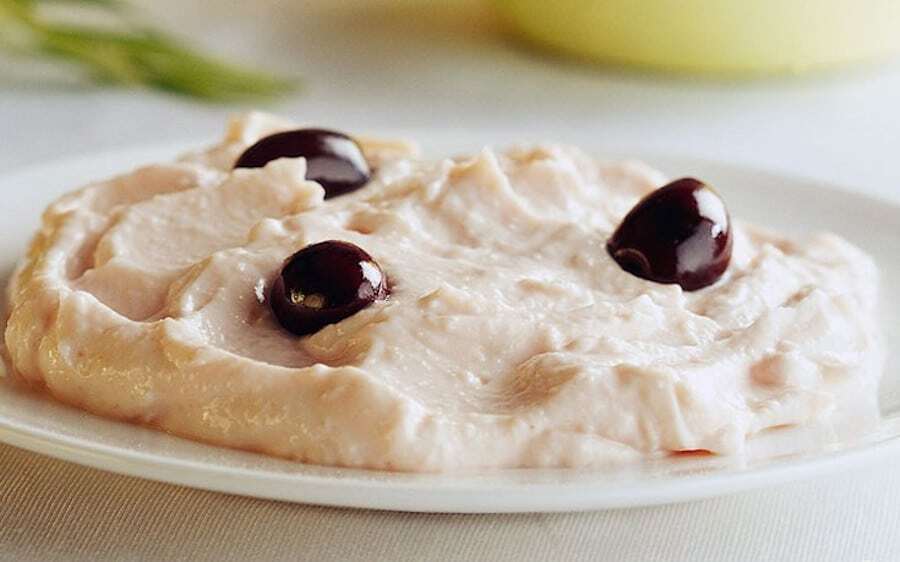 Taramas means “salted fish roe” and is just salt-preserved fish egg, usually from carp, but also from cod or pike. It is made using two different types of tarama: white (photo above) and red (photo below). The white variety is of superior quality, as is apparent from its price. Taramosalata is a simple spread using […] 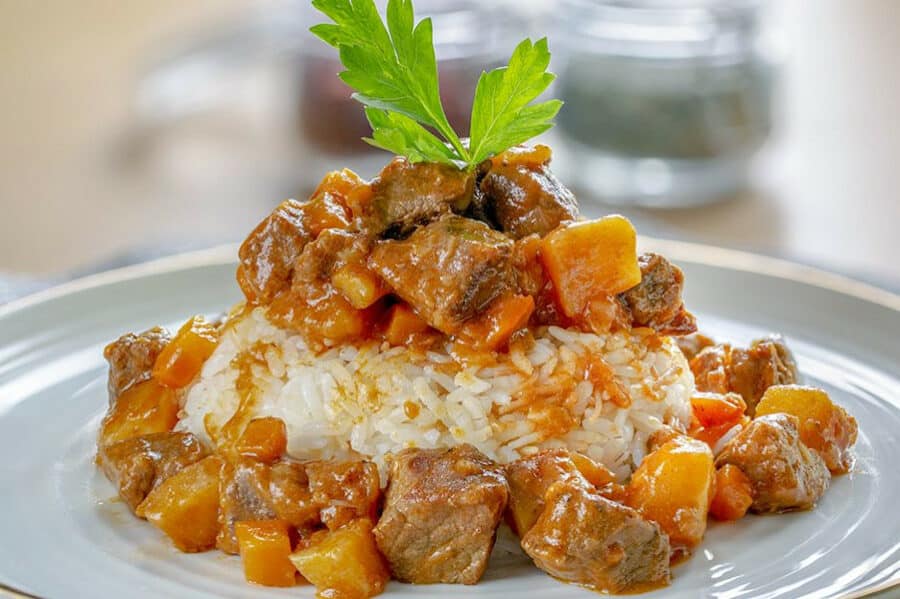 Tas kebab, is the combination of special meat stew with pilaf. “Tas” is a Turkish word meaning cooking pot, insinuating that “tas kebab” is the kebab cooked in a cooking pot. Kebab actually refers to numerous dishes containing cubed meat. The Greek Tas Kebab is a hearty stew of cubed veal cooked in a thick and […] 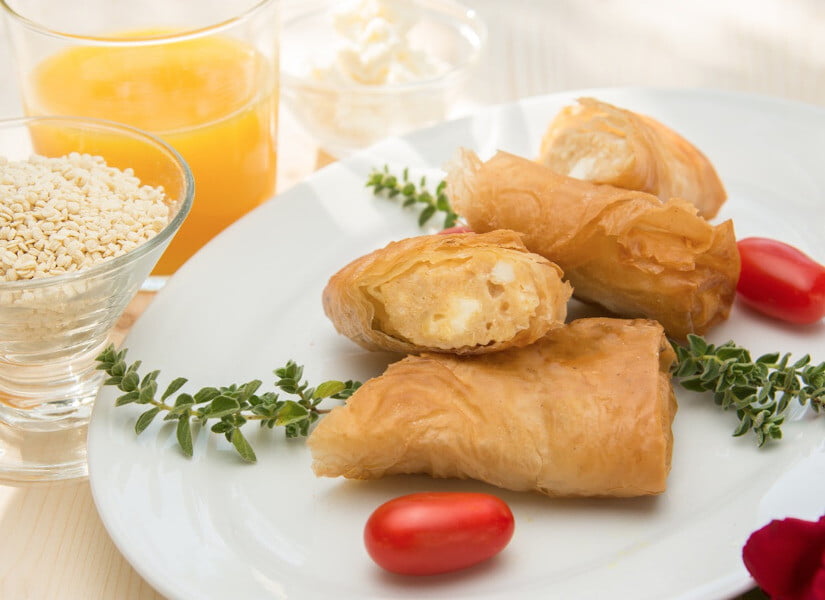 On the island of Skyros, teroptaria are offered to guests as a treat, but can also be served as a meal. Made for holiday celebrations like the Epiphany and Carnival, their ingredients are filo filled with sweet trahana, rice, and grated mizithra cheese. They are prepared in a triangular shape or in the shape of a flute and are served plain […] 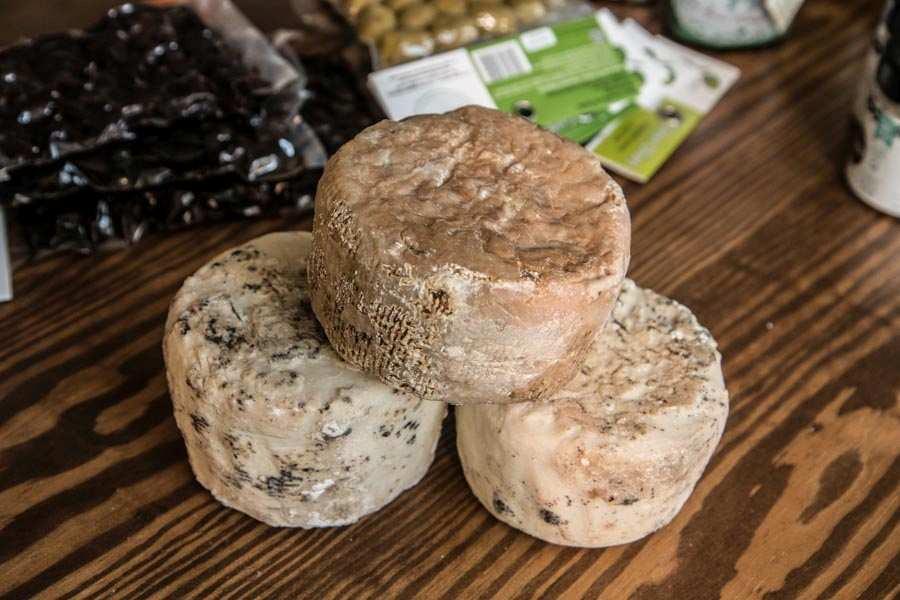 Thilikotiri (female cheese) Perhaps less known than Arseniko – the emblematic cheese of mountainous Naxos – Thilikotiri owes its name to the way it is prepared and its special characteristics, which in the old, patriarchal societies, corresponded to female nature. Because, while the former is produced from whole milk and is characterized by its strength […] 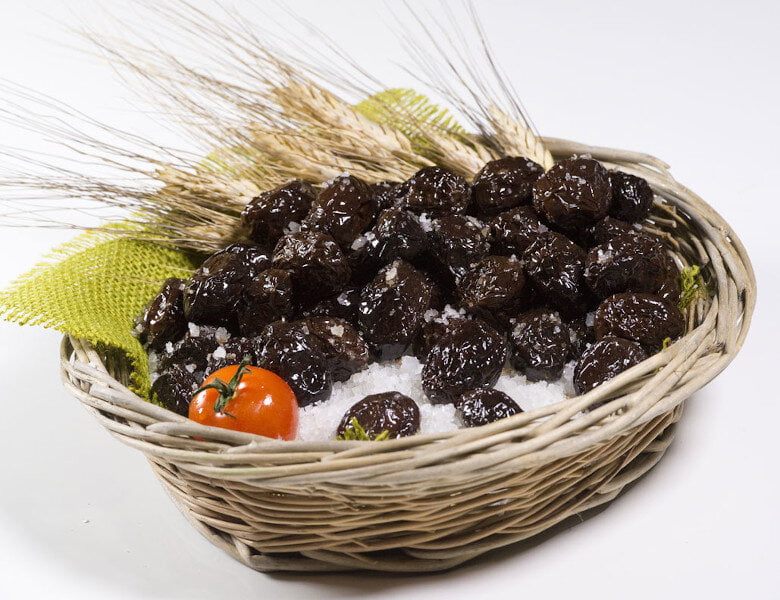 Throumba olives are wrinkled, edible black olives. Following harvesting, the olives are washed and salted. Traditionally, they were put in cloth bags for about two weeks to drain them of water and making them less bitter. At the end of the process, they are thoroughly washed and put in jars with olive oil in order […]

Tigania is a dish and meze of the Greek cuisine. It is made with pieces of meat, typically pork or chicken, and fried in a little oil with salt, pepper and herbs, while wine or ouzo is often added. Tigania from pork fry is also called bekri meze, depending on the amount of alcohol used. […] 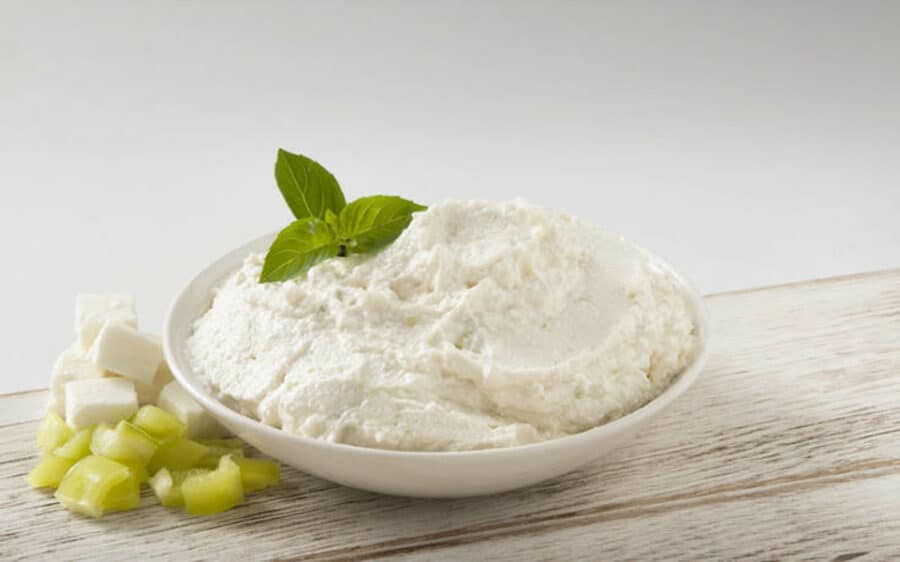 Tirokafteri also known as ktipiti in some regions, is a cheese-based spread. Its preparation may vary from region to region, but ingredients most commonly include feta cheese (sometimes combined with one or more other types of soft, white cheeses), hot peppers (such as red cherry pepper), roasted peppers, olive oil, lemon juice, garlic, yogurt and oregano. It is commonly eaten as part of a meze platter, or […]