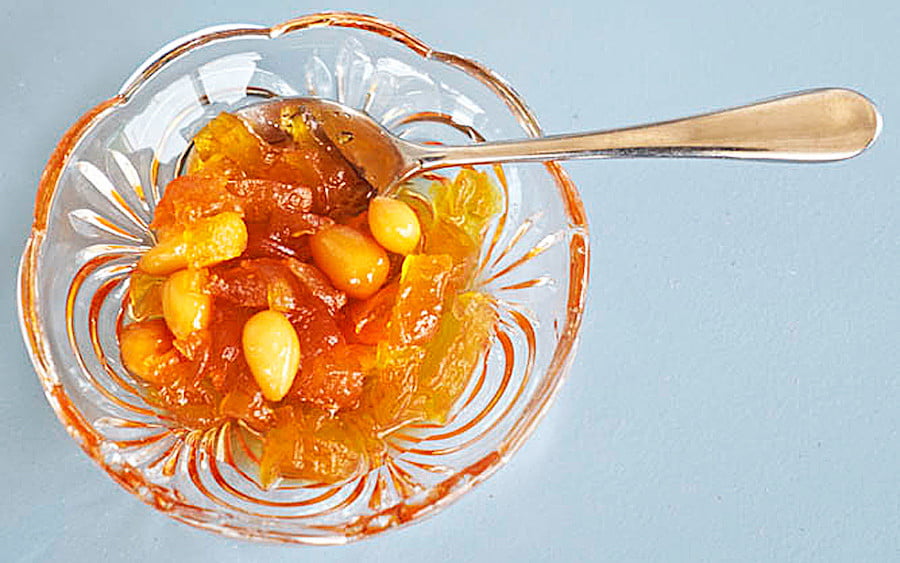 Koufeto means sugarplum. The koufeto of Milos is a traditional sweet, a spoon sweet, with pumpkin, sugar, honey, almonds and lemon juice. On the island of Milos, the mother of […] 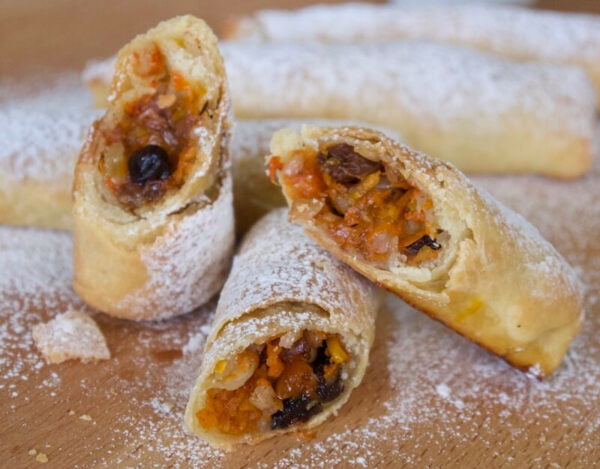 Kougkoulouari: sweet marrow pie. With flaky pastry that is stuffed and wrapped in long packets, filled with shredded red marrow, rice, sugar, cinnamon and sultanas, then baked in the oven. […] 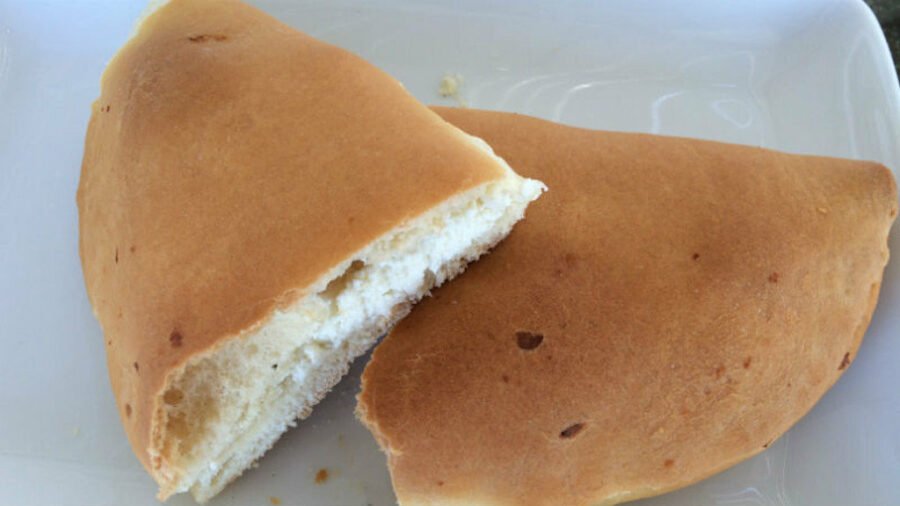 Trima, a grainy fresh cheese, is found on the island of Kythnos. It can be eaten plain or used in a tomato salad, but is also the main ingredient for […] 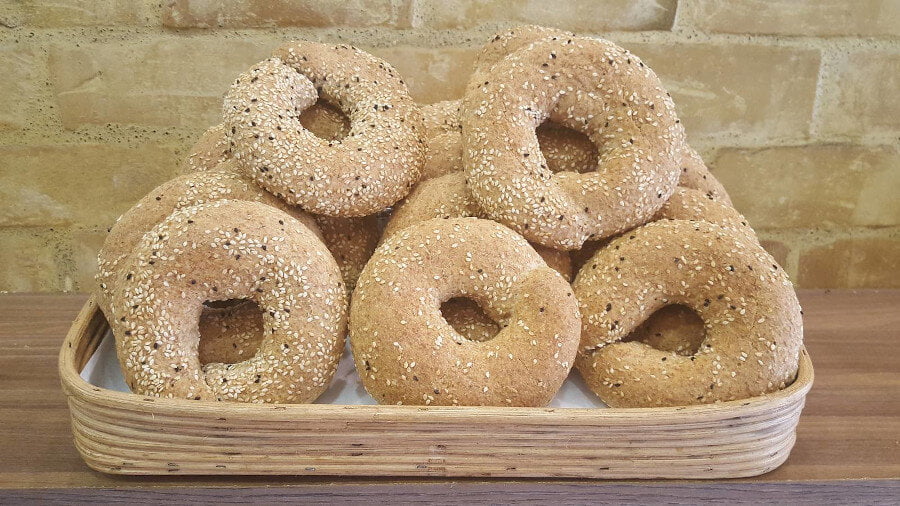 Similar to the shape of a large koulouri, and made from wholemeal wheat flour, anise, clove, cinnamon, pepper, sesame, yeast, and salt, double-baked as a paximadi, suitable for lunch, coffee, or […] 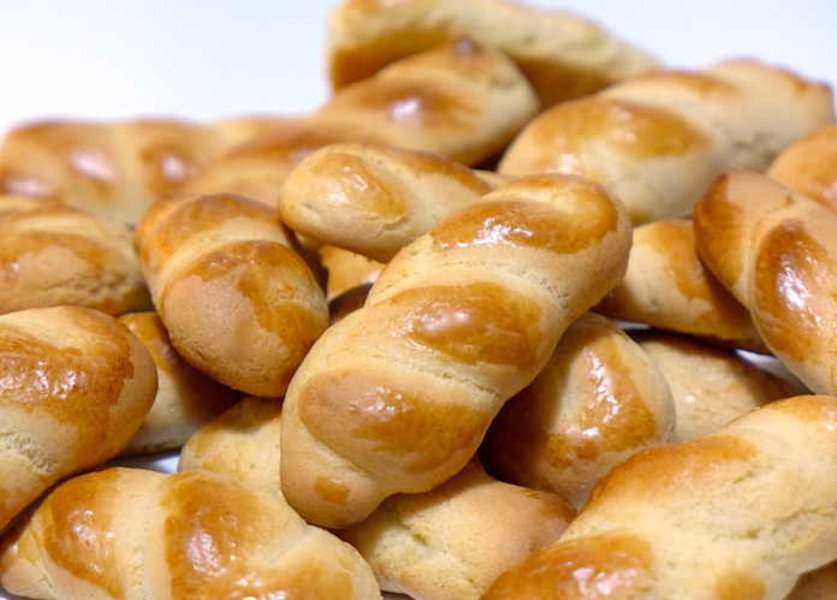 Koulouraki (plural: koulourakia) are a traditional Greek dessert. They are butter or oil-based pastry, traditionally hand-shaped, with egg glaze on top. They have a sweet delicate flavor with a hint […] 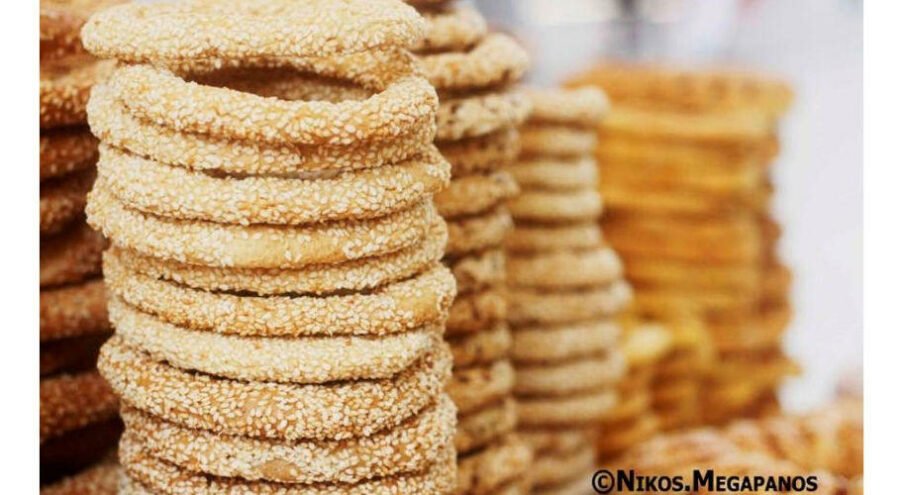 Koulouri is special round-shaped bread topped with sesame seeds. It is one of the healthiest sources of carbohydrates, proteins, and other nutrients and is full of energy. It is an […] 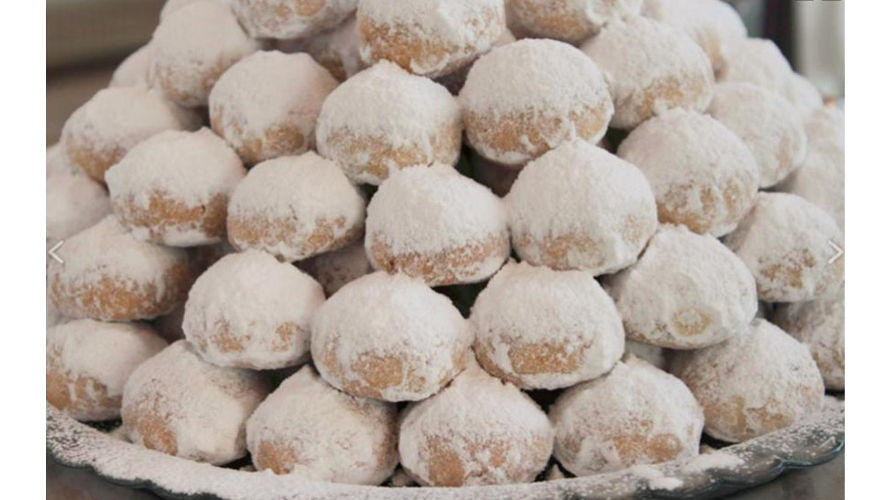 Kourabie or kourabiedes (in plural) are commonly consumed in Greece during the Christmas season. They are the popular treat for Christmas and New Year’s festivities. Kourabie resembles light, airy shortbread and […] 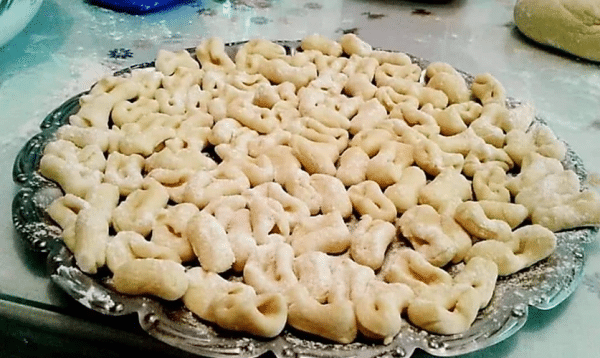 Kourkoubines or Goglies  Kourkoubines (or tzolia) is a fresh pasta dish that originates in southern Euboea. In the arvanitohoria (villages populated mostly by people with Albanian roots), this dish, apart […]