Halva Farsalon or Halva from Farsala The most famous local product of the town of Farsala is halva. A popular pan-baked sweet found in many varieties in all of the countries of the Balkans, many countries of the Mediterranean and several of the Middle East as far as India and Pakistan. The term for it […] 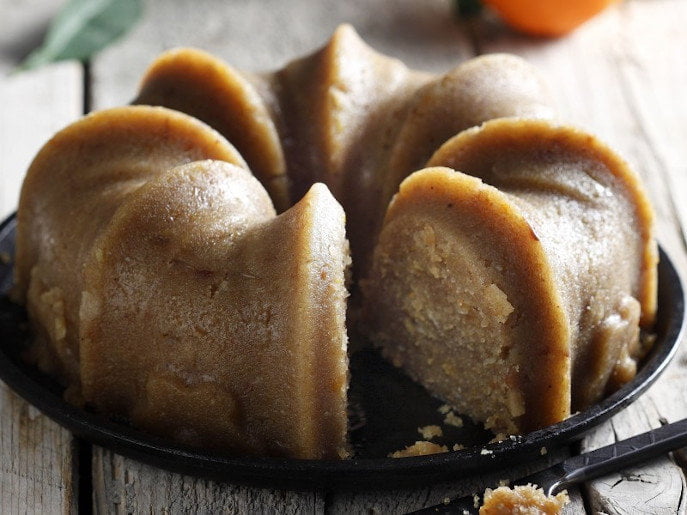 The refugees that arrived in Greece and settled in the northern Greek region of Macedonia after the destruction of the city of Smyrna (modern-day Izmir in Turkey) in 1922, started the production and trade of halva since they had the tradition and know-how of its preparation. Halva is one of the most celebrated sweets of […]

It literally means “the lady’s pie” (a bit plump and exuberant!). Hanum burek is made with a crispy crust sheet, wrapped with cinnamon and walnut. It is baked and drizzled with warm syrup and garnished on top with walnut. 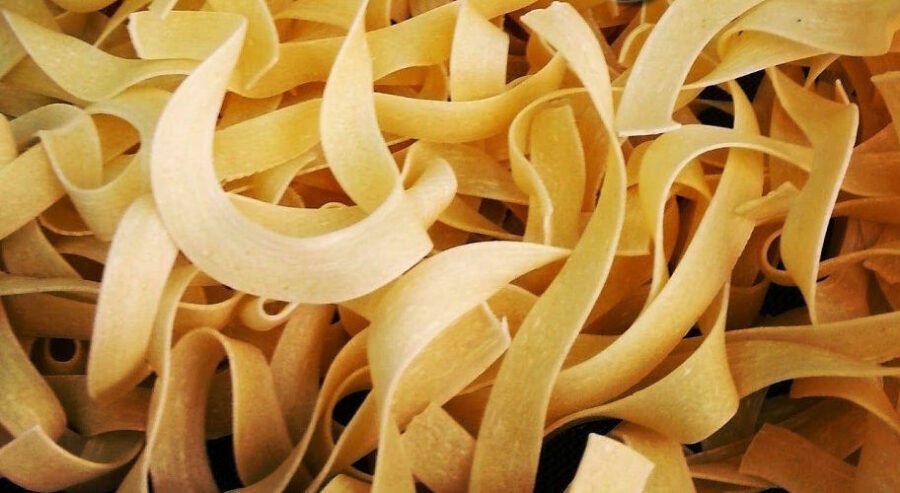 Hilopites are a typical, traditionally homemade kind of pasta that brings back rustic memories of the Greek provinces and big, family dinners in the village. Hilopites are made of semolina flour, eggs, milk, and salt. To prepare the hilopites, the dough is spread out into a thin sheet, phyllo (or filo), and then cut into […]

The custom comes from the distant past, but takes place throughout Greece, as well as in the Balkans, Italy, and generally wherever pigs are domesticated. Every year, the families of the village bought a piglet. They fed it all year round to fatten it and kept it in a fenced area until the days of […]

Horta is the generic name for herbaceous green plants which are either cultivated or be gathered in uncultivated fields where they grow wild. The term horta is also used in cooking to describe edible greens. Horta that is edible, either for humans or for animals, include radish greens (wild radishes), antidia (cultivated radishes) vlita, glistrida, […] 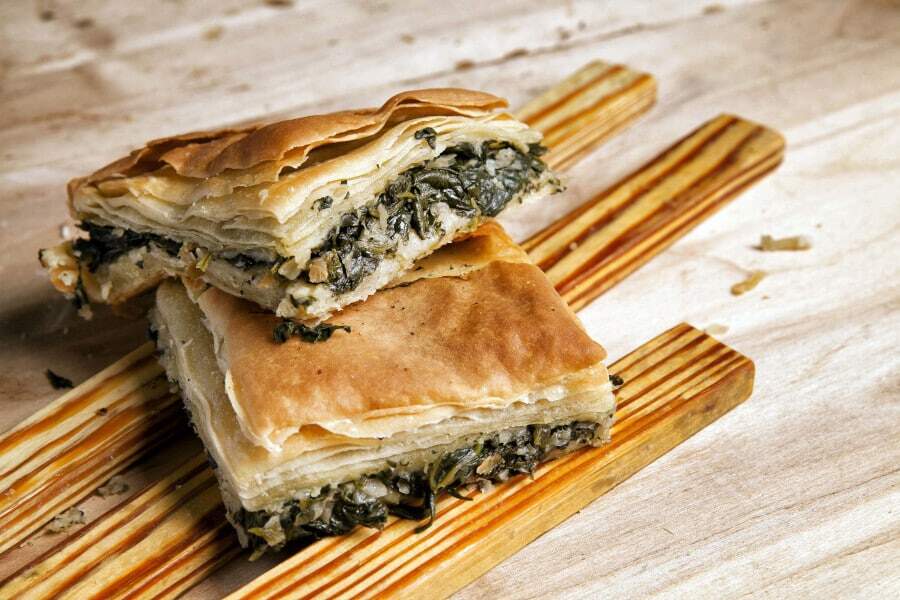 Hortopita or Spanaκopita Hortopita is a combination of spinach and feta cheese tucked in layers of filo dough, or by using various greens mixed together you get a hortopita. It is one of the secrets of the Greek diet, a tasty and healthy staple. ﻿ Within the traditional Greek diet, the greens and particularly wild greens […]