Baklava is one of the most famous Greek desserts. It is a rich, sweet pastry made of layers of paper-thin sheets of filo (or phyllo) dough, filled with chopped nuts and then drenched with syrup. The traditional Greek baklava recipe has its roots with the ancient Greeks, who made the “gastrin”, a sweet very similar to today’s […] 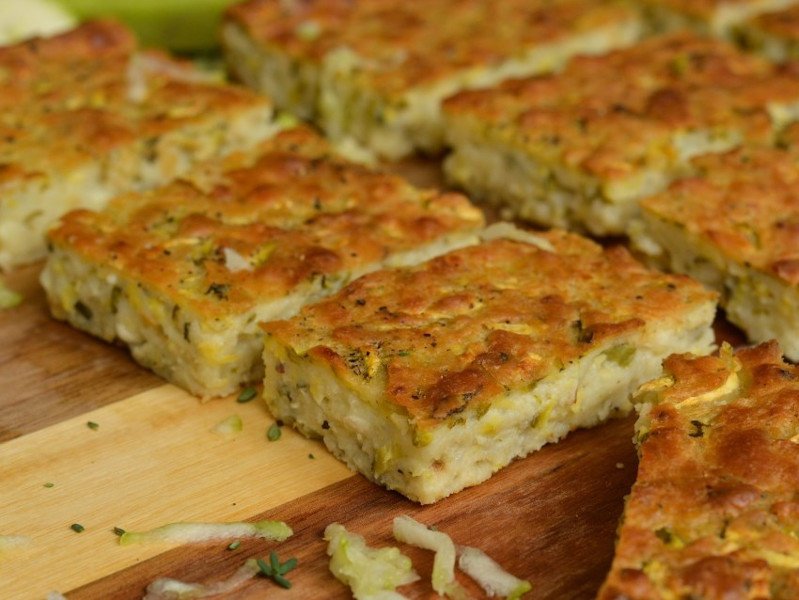 Batzina is a doughy pita with zucchini which is traditional to the region of Thessaly and particularly the town of Karditsa. It is a pita without filo: it is a salty “bare” pumpkin pita with a very fine dough and baked in the oven, making it remarkably crispy. The traditional batzina is thin, just a […] 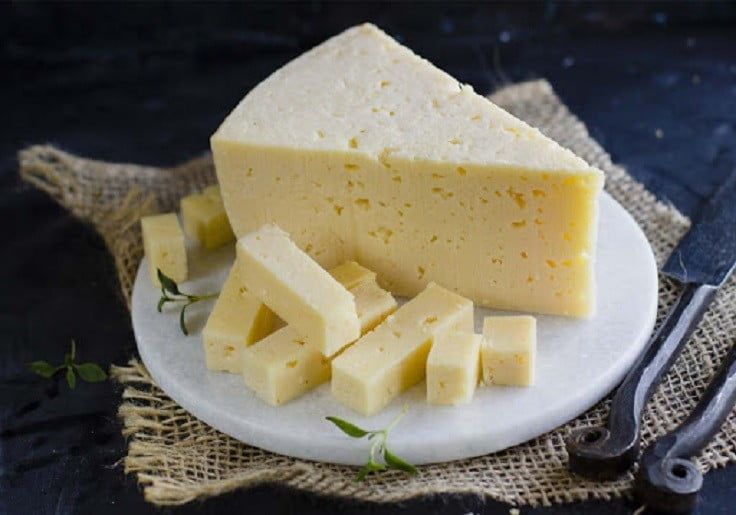 Batzos one of the oldest of Greek cheeses. It is traditionally made by the farmers of Northern Pindos, a mountain range in Central Greece, who used to move their flocks to graze on the plains of central Macedonia and Thessaly in the winter. It is named after the batzario or batzio, the improvised cheesemaking hut […] 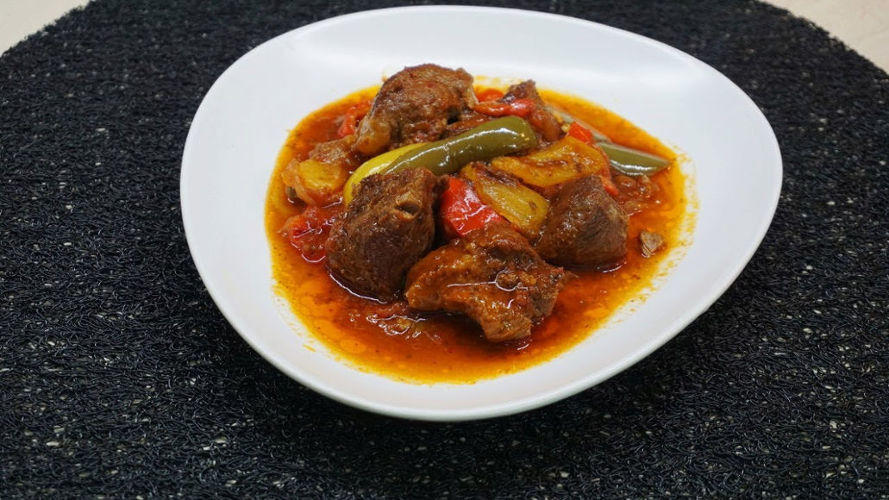 A dish or appetizer of Greek cuisine. An exceptionally tasty food with pan-cooked pork to which wine or ouzo (bekris=drunkard) has been added. It is typically made from pieces of pork or chicken fried in oil with salt, pepper, and spices. With good wine and fresh bread, it is a feast! As a main course, it is […] 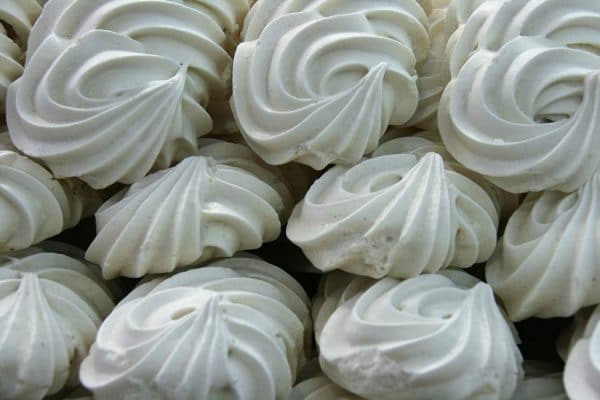 Beze or Meringue A light, foamy sweet, crunchy on the outside with a chewy texture within. It is made from egg white, sugar and a pinch of salt and comes in both raw and baked form. Meringue with mastiha is made by first completing the preparation process and then adding 5-6 drops of mastic oil or 1/2 tablespoon of […] 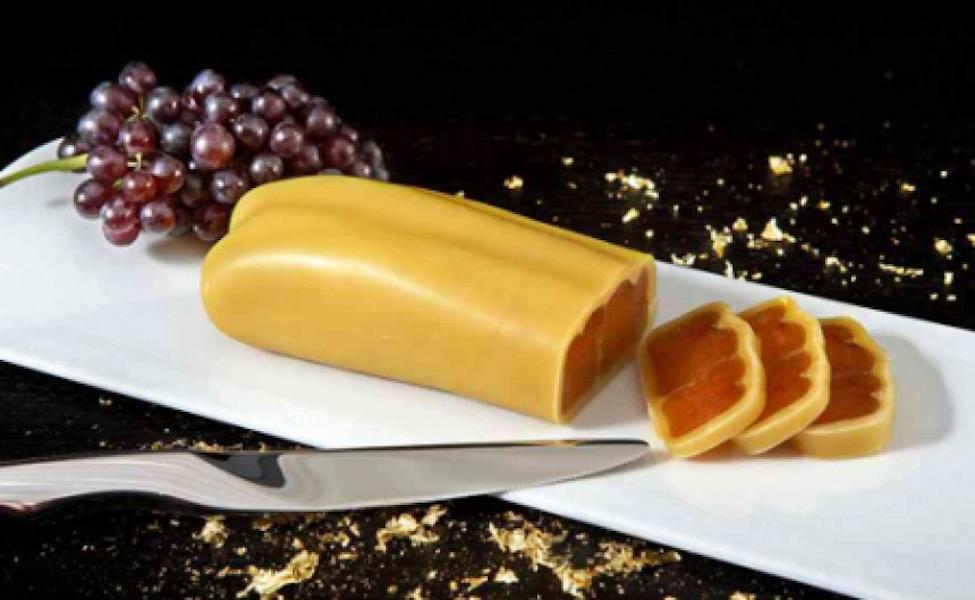 Bottarga or Avgotaraho Avgotaraho is Greece’s answer to caviar. It’s a product of high nutritional value, strong flavour, and protracted aftertaste. The velvetier its texture, the richer it is nutritionally. It is produced, preferably after mid-August, from the eggs of mullet caught in the saltwater lagoons of Messolonghi-Aitoliko. It has a characteristically spicy flavor that […] 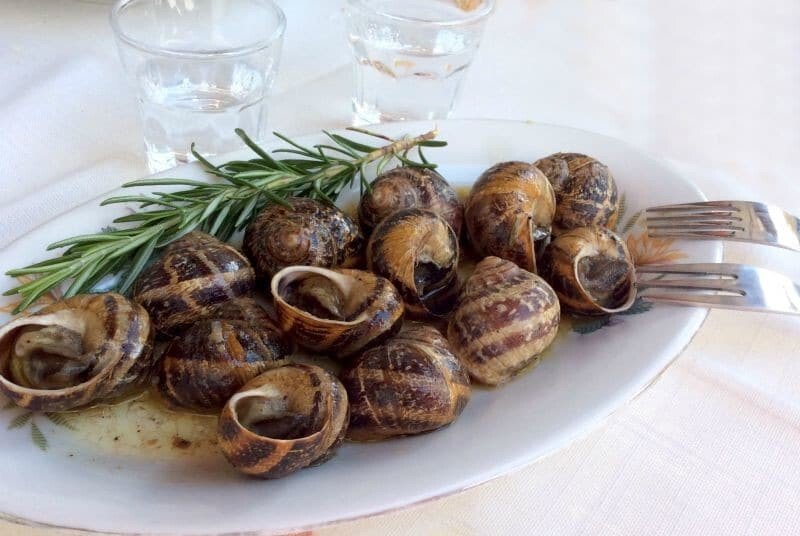 Bourbouristi or Chochli Among the basic dishes of the Cretan cuisine, chochli or snails are among the most delicious. Try the boubouristi (top photo) version fried in olive oil and then adding vinegar, salt, pepper, and rosemary or boiled (bottom photo), with sourdough, rice, or red sauce and in many other variations. The scientific name for this […] 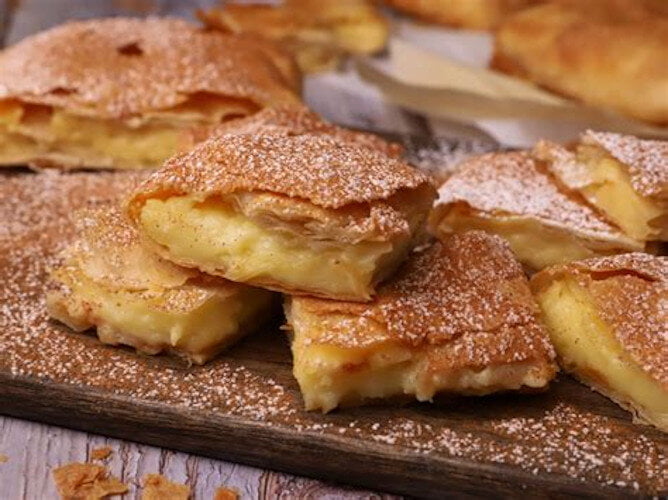 Bougatsa is a pastry product that uses the filo to make pita. It is made as a layer of filo, a layer of filling, and another layer of filo. Initially, the bougatsa was simply the filo dough without a filling and was called the “pita of the poor”. From northern Greece to Epirus to the […] 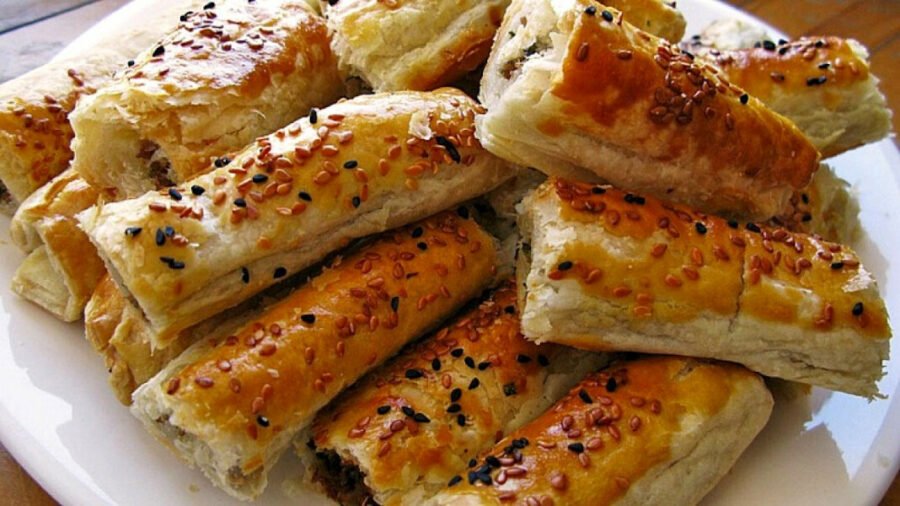 Boureki is a type of pastry made with the thin sheets of dough called filo. Boureki is baked either as an individual serving called bourekaki or as a pita baked in a large pan and then cut into smaller serving portions. Usually, they are sprinkled with sesame seeds and can be sweet or savoury. There […] 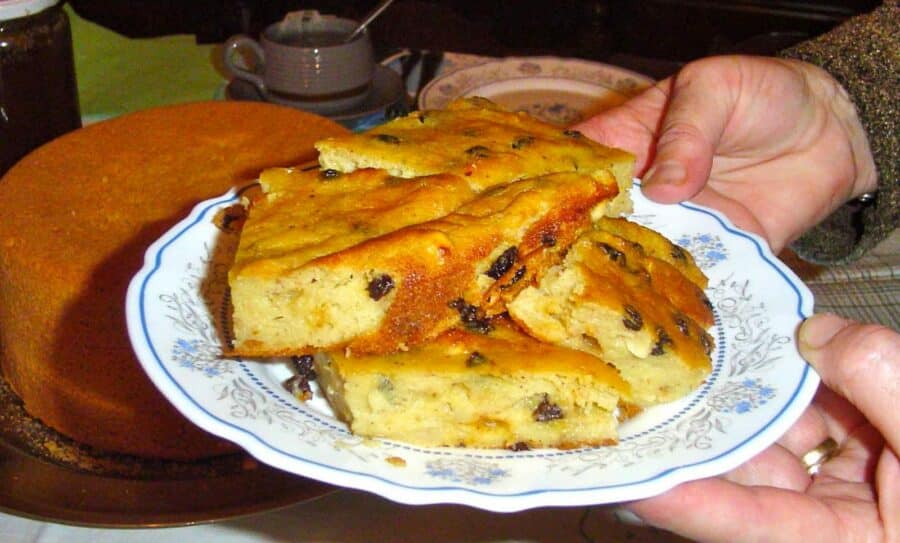 Budino is made with milk, semolina, sugar, cinnamon, black currants and almonds, and used to be served as a sweet on Carnival in the houses of the capital of Kythira. Probably this sweet has an English origin, since the name and the ingredients of the dessert are reminiscent of English pudding. 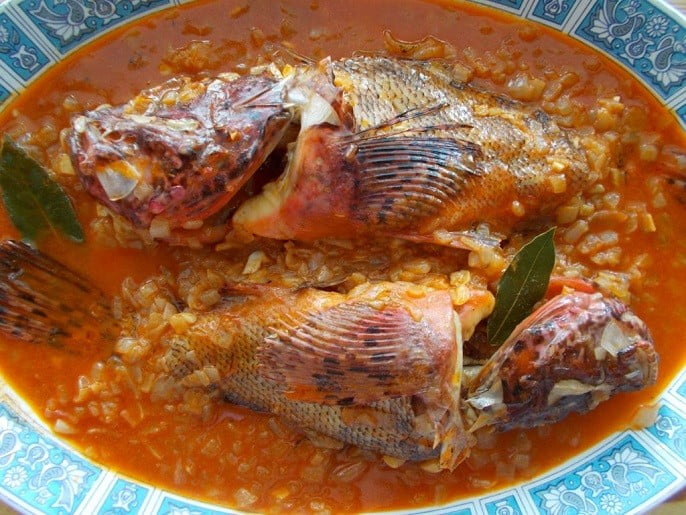 Burdeto is found mainly on the Ionian Islands and is considered to be a characteristic, traditional dish of Corfu. Originating in Venice, the dish is prepared with fish and is rather spicy! The fish are of the seabed variety, mainly sea-scorpions, but also with devilfish or octopus. Burdeto can be made with different types of […]