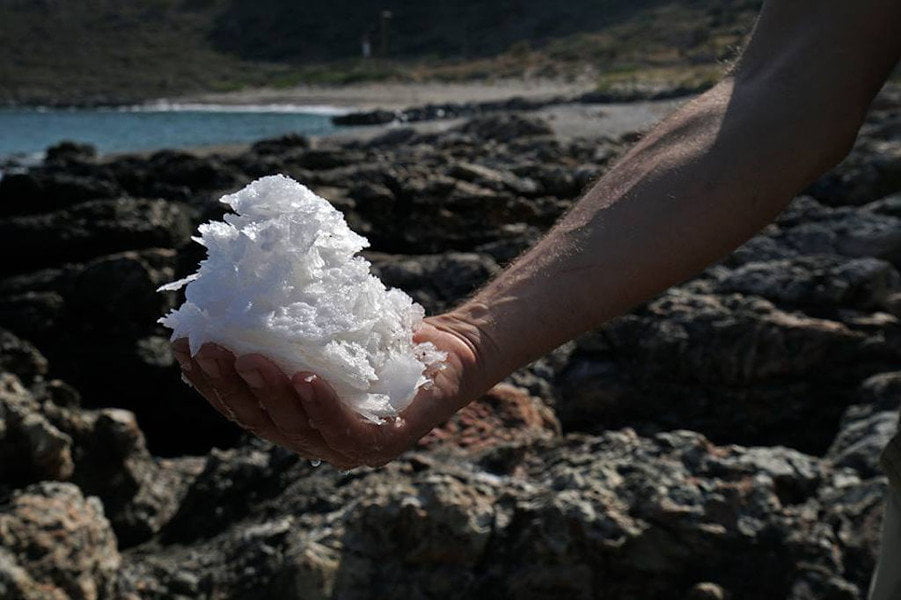 The white treasure extracted from salty lagoons or the surface of the rocks where the sea dries in the sun, is the blossom of salt, the afrina as it is called in Messolonghi, or the“fleur de sel as it is known internationally. Afrina is collected by hand in flakes and packaged without any treatment, refining, […] 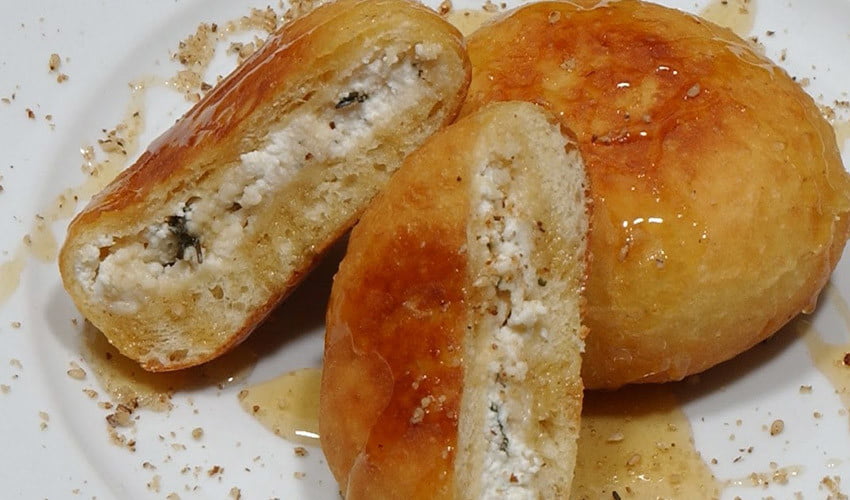 Agnopita is a pan-fried mizithra pita. Its name derives from the pita made with “agnos” (pure) dough, which in Crete refers to a very soft dough and, for this particular pita as traditionally made, calls for dough that is soft and sticky. In Crete, agnopita, along with a good beverage, often constitutes a meal in itself.

The term agoureleo designates the olive oil produced from unripe green olives. The chlorophyll of unripe olives gives the resulting olive oil an intense green color, as well as enhanced antioxidant properties and a taste that is more bitter, spicy and fruitier than that of extra virgin olive oil. The olives are harvested in mid-October […] 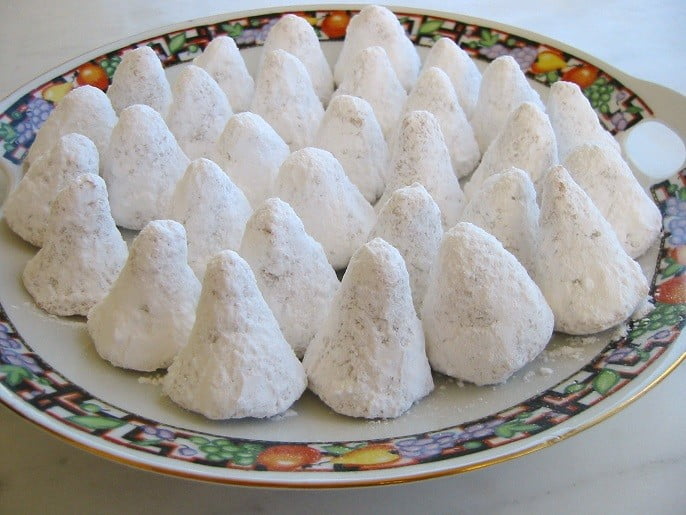 The amygdalota is a distinctive candy customarily offered on special occasions and celebrations as well as to one’s guests. Traditional amygdalota are shaped like small pears known as ahladakia (Greek for ‘small pears’), and are sweet and delicate, flavored with anthonero and topped with a clove. In Crete they are ever-present at weddings and christenings, […] 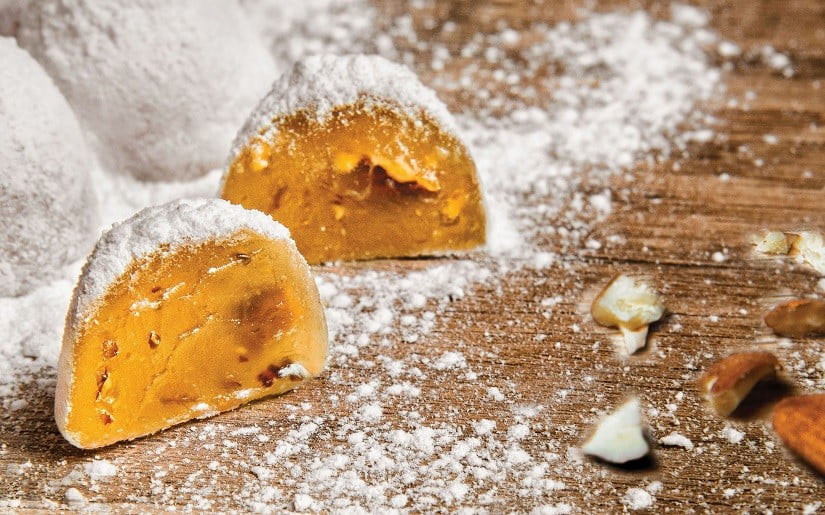 Akanes is a traditional sweet of Serres. Their appearance resembles loukoumi, but they have a unique, strong flavor due to the fact that they contain butter from sheep and goat’s milk. For this reason, they are heavier and thicker than ordinary loukoumi. The basic ingredients of the legendary akanes are water, niseste, sugar, fresh goat […] 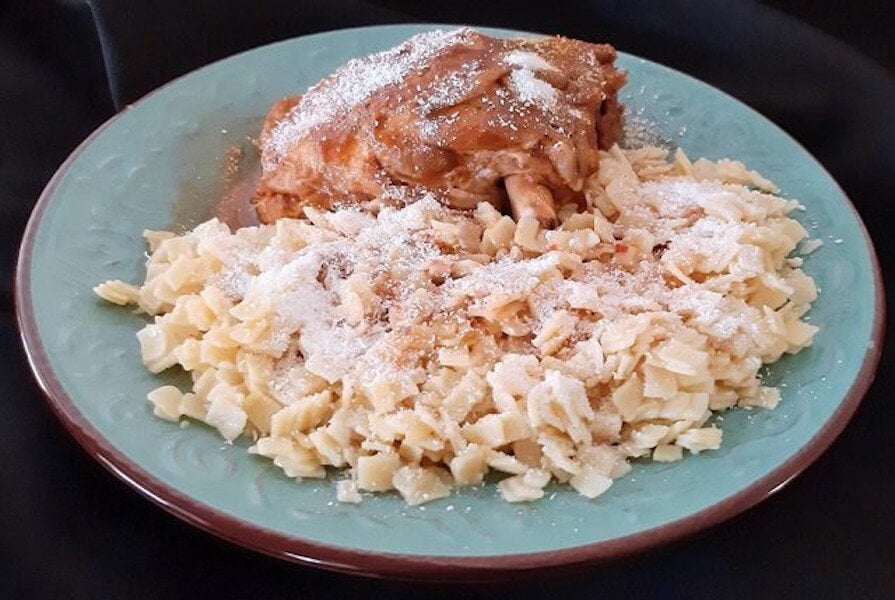 Alaniaris kokoras means ‘free-range rooster’ in Greek. If there is a food that is emblematic of the Peloponnese and Epirus region – one that is inextricably linked to the life of the Greek village – that would be the traditional free-range rooster cooked with hilopites. The aroma of fresh butter, garlic, wine and hilopites will […] 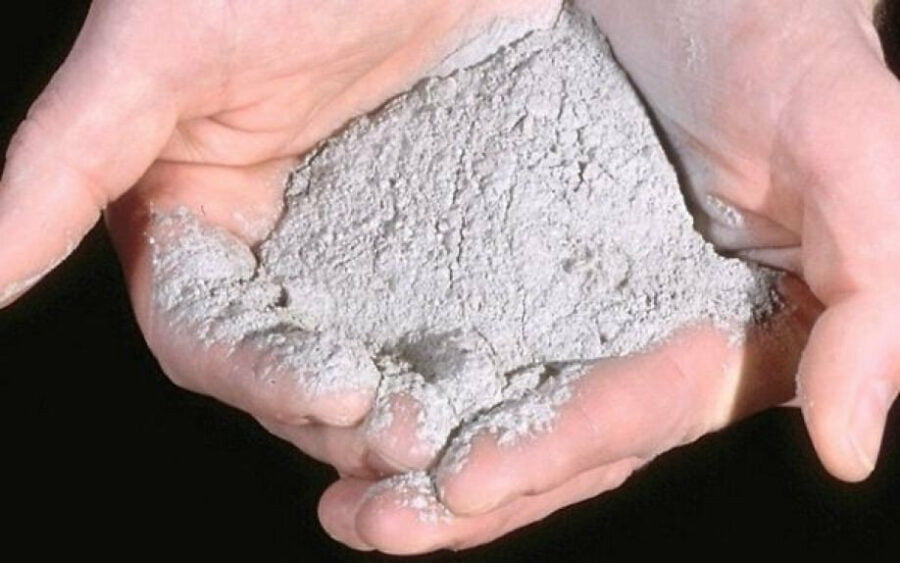 Alisiva, otherwise known as ash water or lye, is a mixture made by boiling ash from burnt wood that has been boiled in water. The traditional lye solution is used to clean, polish, whiten and disinfect clothing, glass, varnished wood, silverware, dishes, rust and yellow stains on marble and tiles, and so on. The solution […] 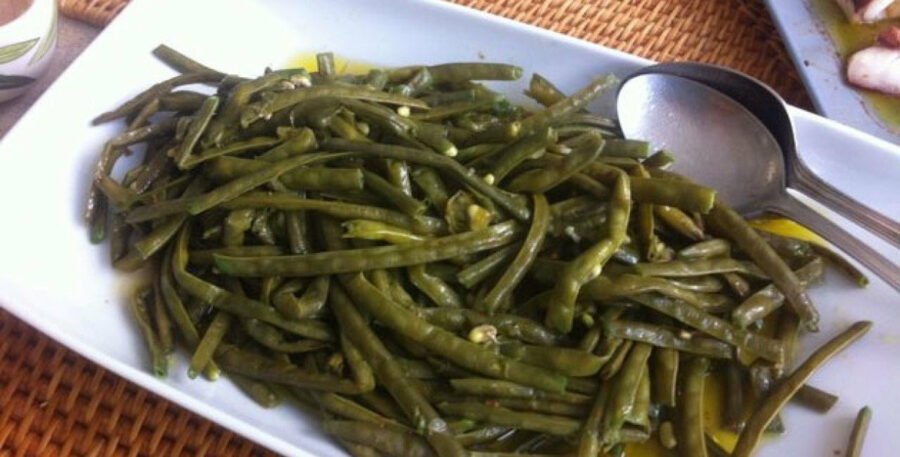 Ambelofassoula (string beans) are also called psila fasolia (‘fine beans’) and are a particular bean variety. They are pale white in color and have a characteristic black spot in the middle. They can be grown in fields of corn or even in vineyards and consumed fresh or dried. The southern regions of Greece have early production beginning […] 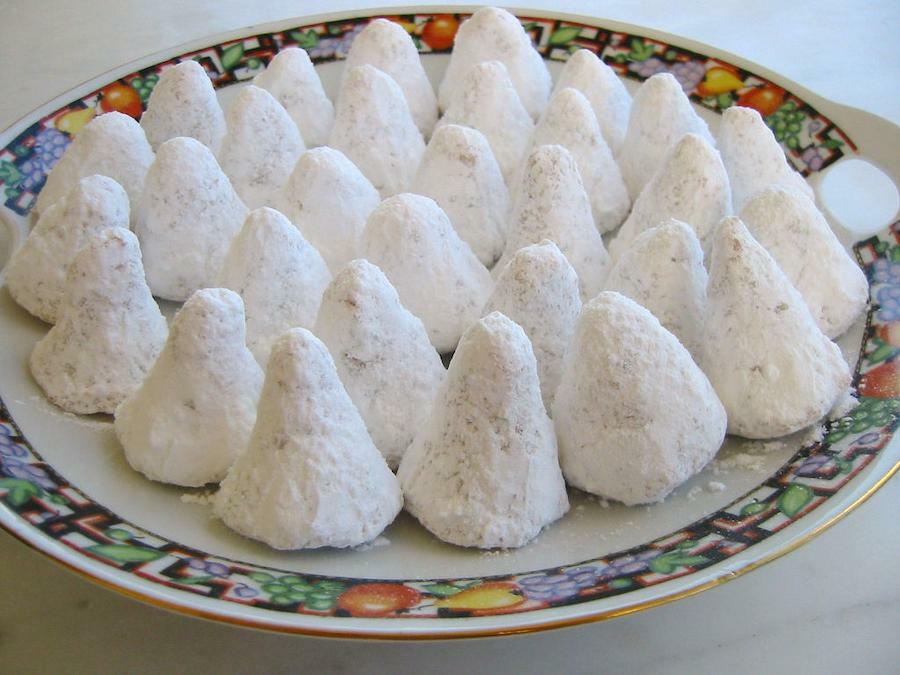 Amygdalota is one of the most famous types of Greek sweets. Found in many regions, five of them are celebrated in particular: those of in Kymi, Andros, Spetses, Hydra, and Monemvasia. It is prepared with ground blanched almonds, rosewater and sugar, and is enriched with egg whites, honey, semolina or breadcrumbs and flavored with citrus […] 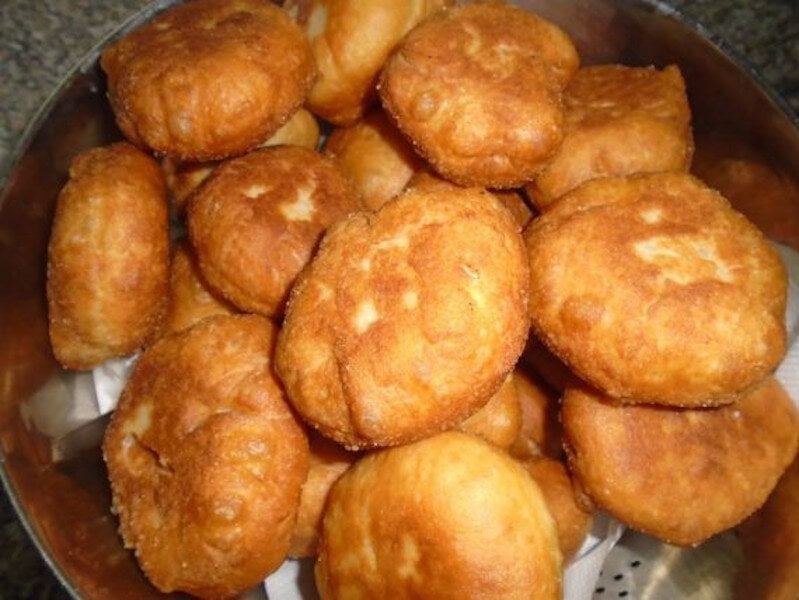 Literally “raised pancakes”. Anevates tiganites are very similar to loukoumades. Traditionally, they are made with sourdough, where a gruel-like mixture of yeast, flour and water is created. The gruel is then fried in small quantities in hot oil. As they fry, the anevates tiganites take on a round shape. Once browned they are removed and […]

Anthogala is the “blossom” of milk, that is, its fat. In essence, it consists mainly of the fat of goat’s milk with the addition of salt, which gives it a rich flavor and creamy texture. It is ideal for breakfast or various snacks that are rich in energy, but also for a variety of savory and […]

Anthonero (bitter orange blossom water) The anthonero (rosewater) is the distillate produced by boiling water enriched with bitter orange flowers. Other flowers can be used as well, but those of bitter orange make the most fragrant distillate. Its main use is for adding fragrance to loukoumi, kourabie, amygdalota, vassilopita, ice cream, baklava, and vanilla, as well […]