The macarounes are a fresh traditional pasta of the Dodecanese islands, found mainly in Kasos, Karpathos and Kalymnos. They are often made in the shape of long pasta, like thin Italian tagliatelle. The pasta is boiled and, using the broth, the sitaka is diluted, in proportion to the servings required by the meal. The result […] 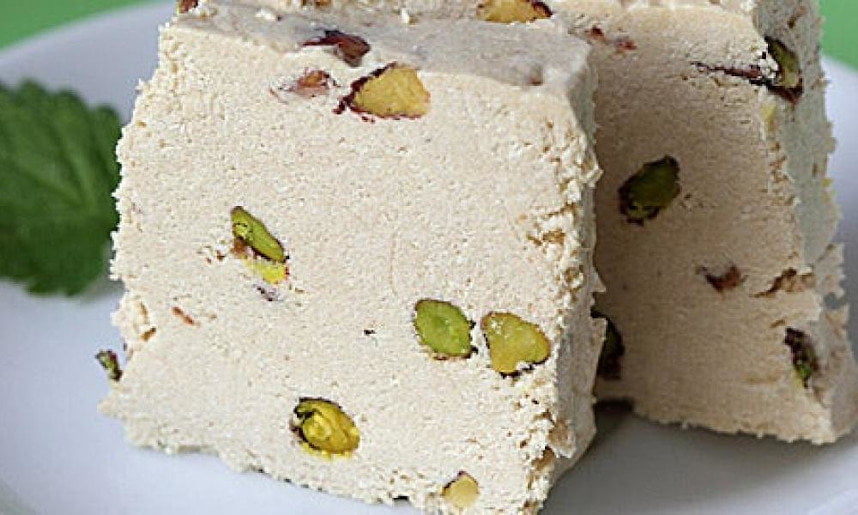 The refugees that arrived in Greece and settled in the northern Greek region of Macedonia after the destruction of the city of Smyrna (modern-day Izmir in Turkey) in 1922, started the production and trade of halva since they had the tradition and know-how of its preparation. Halva is one of the most celebrated sweets of […] 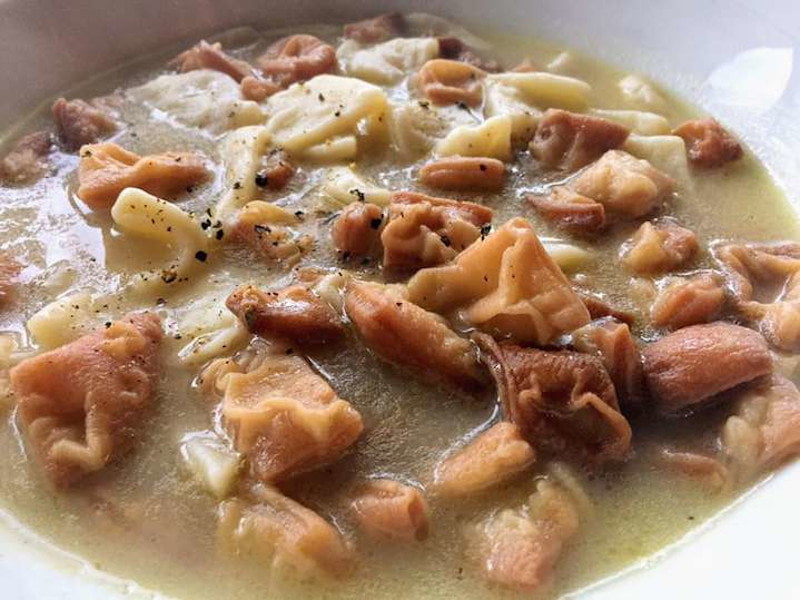 Maggiri is a traditional Cretan pasta associated with the difficult years of poverty on the island of Crete. It was the ideal option for feeding an entire family economically. It is the name of an old Cretan pasta cooked in a particular way. Half of the pasta was boiled, while the other half was fried. […] 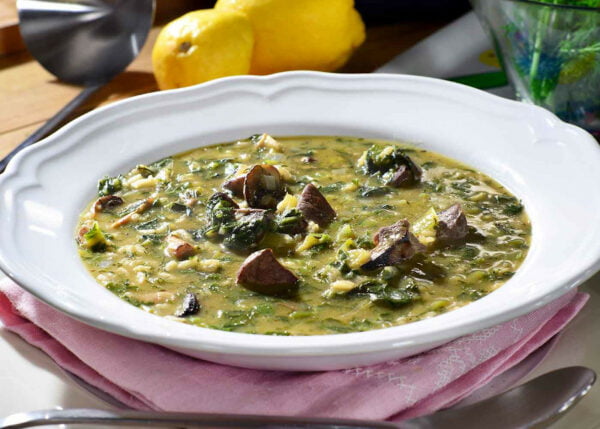 Magiritsa is a traditional soup that is consumed on the night of Good Saturday, after the Resurrection. It is the first dish containing meat after the Lenten fasting. It is cooked with vegetables, dill, lamb offal and rice. The purpose of this dish is to properly prepare the believer’s stomach for Easter Sunday’s consumption of […]

Makarina is a handmade macaroni that is part of the culinary tradition of the people of the Pontus (today’s northeast Turkey), a Greek community that used to live there since ancient times. Its shape makes it ideal for gourmet creations for contemporary dishes. Refugees from the Pontus to Almopia, a municipality that was formerly a […] 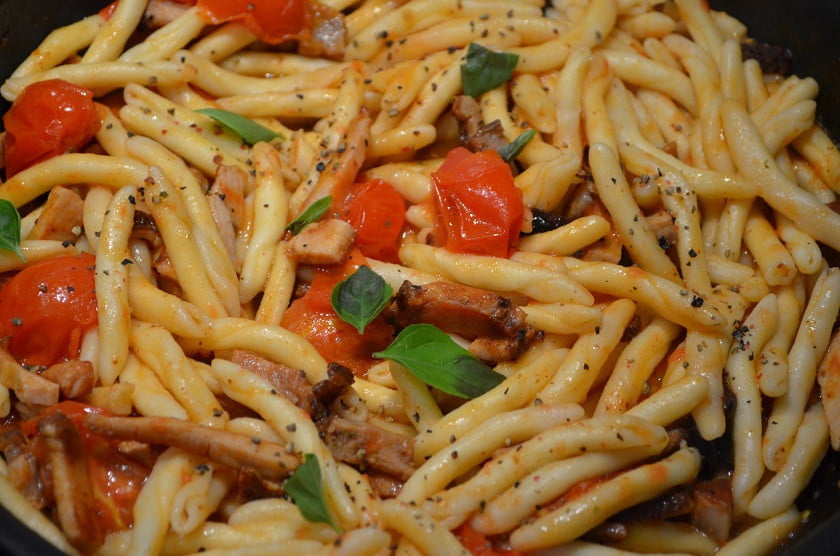 Makarouni skioufichta is a fresh Cretan pasta that housewives prepare at home in the traditional way. The skioufichta or sioufichta pasta, as the dish is locally called, is not made from filo like many other kinds of fresh pasta, but with dough. Skioufichta means “to roll”, thus indicating that the dough is rolled. Served in […]

It is the cheese mass that comes from the first stage of making graviera cheese. It is elastic and homogenous, and is used exclusively for pitas and mainly for Chania’s unique tart. It is called soft cheese, or sometimes tiromalama, and is the cheese, as the locals say, that smells of Easter. It is among the most traditional ingredients […] 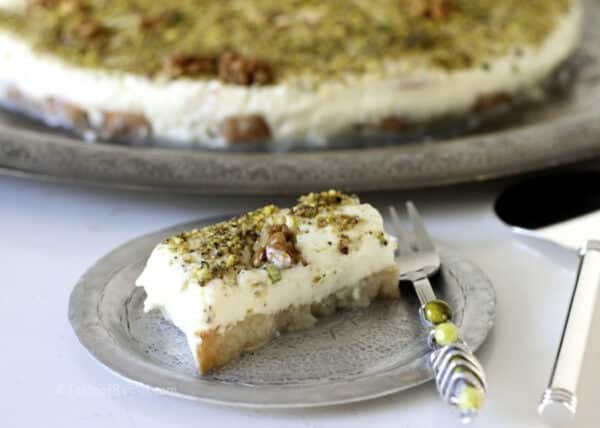 Malebi or Muhallebi It’s a delicious Middle Eastern milk pudding that comes together using just 4 ingredients and about 10 minutes. It is super popular in many Arabic countries, as well as Turkey where it is called “Muhallebi”. Served in small cups and garnished beautifully, Mahalabia is an ancient Middle Eastern dessert. You can either […] 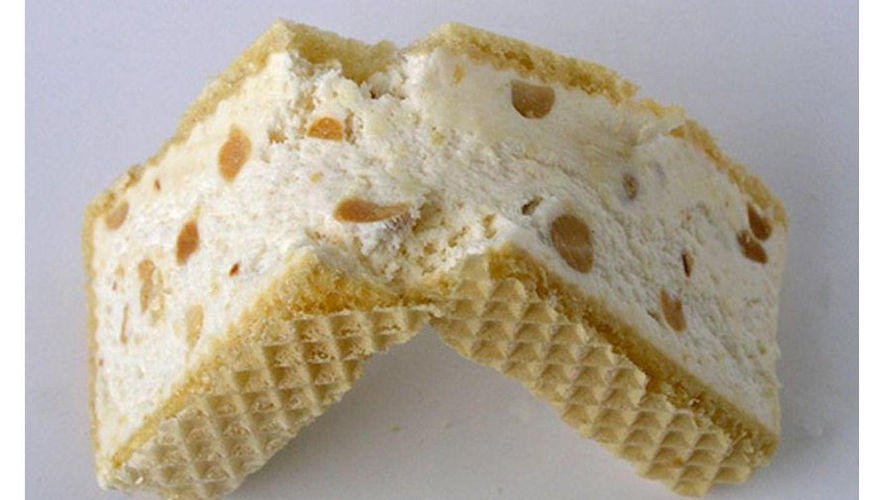 Mandolato is a typical Venetian sweet. During the reign of the Venetians in parts of Greece, it was the favorite sweet of the aristocracy. Its name derives from the Italian word mandorla (almond). The mandolato or nougat, as it is commonly known in the rest of Europe, is a category of sweets made from egg […]

Mandoles are caramelized baked almonds that are traditionally made in the Ionian Islands. They got their name from the Italian word mandorla, which means ‘almond’. On the island of Cephalonia, they are a handmade dessert using almonds as their main ingredient. Roasted with sugar or honey and cinnamon, they acquire a caramel flavor. 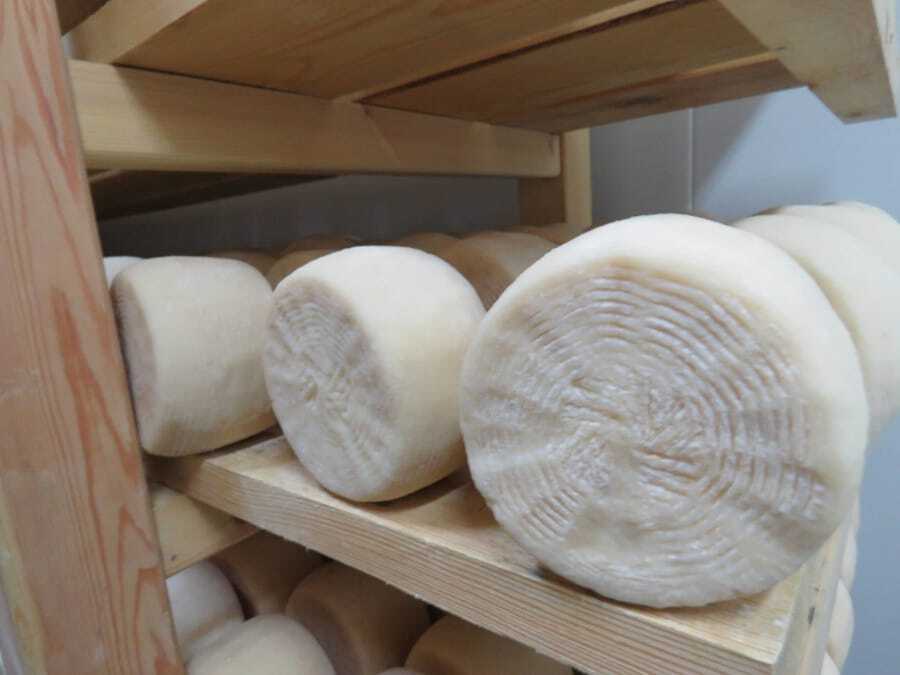 The manoura cheese is made from whole milk (sheep and / or goat) which coagulates and its curd is placed in baskets (tirovolia) to drain. Fresh manoura is called “chloromanoura”, it is soft and consumed plain, with sugar and honey while it is the main ingredient of the traditional “pitarakia”. The remaining cheese is salted […] 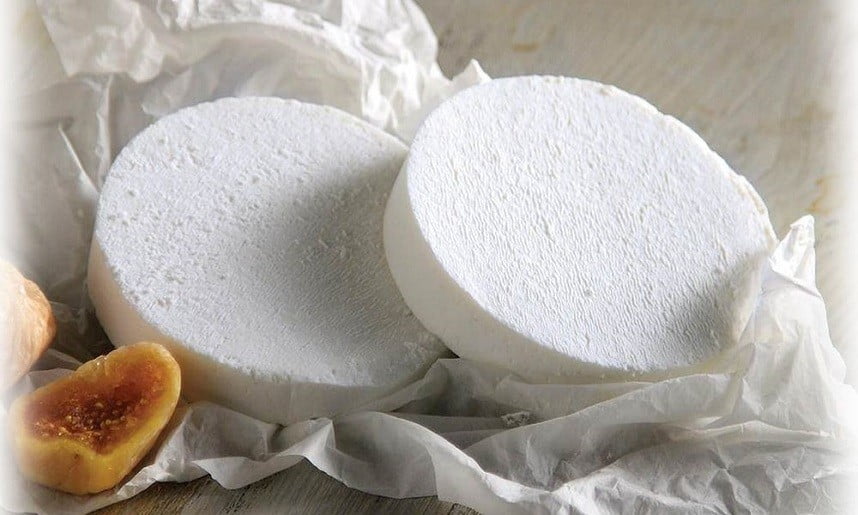 Manouri is a traditional Greek soft white table-cheese that is firm and without skin. It originated in ancient times. It belongs to the category of soft cheeses produced in the regions of Thessaly and central and western Macedonia and has been registered as a Protected Designation of Origin (PDO) product since 1996. To make manouri, […]