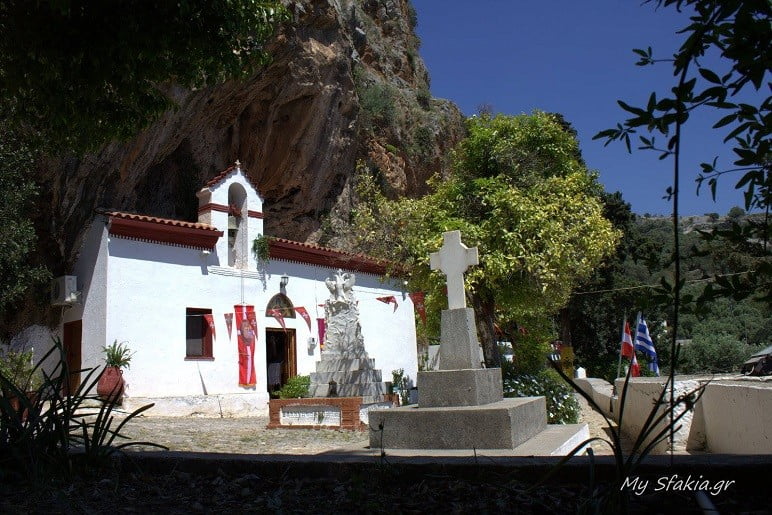 The chapel devoted to both Agia Zoni and Saint George

In a cave at the base of a cliff near Vouvas village was the chapel of Saint George. A man named Bardomanolis built the small church of Agia Zoni (Holy Girdle of the Virgin Mary) but both buildings fell into ruin sometime in the 18th century. A chapel devoted to two martyrs of Agia Zoni and Saint George was then built on the site. The temple still exists today and is considered to have miraculous powers.

Later, the Girdle of the Virgin Mary was transferred by Konstantinos Romanos Porphyrogennetos, Roman emperor from 905 to 959 A.D., to the church of Agia Sura Halkopration on August 31st. To commemorate this event, an important and unusual festival takes place with open-air cooking and free distribution of meat with pilaf. Today, the Holy Girdle is found in the Vatopedi monastery in Agios Oros. It is considered the second most valuable relic of Orthodox Christianity after the Holy Cross.