Patmos, Festival of the Virgin Mary of Geranos 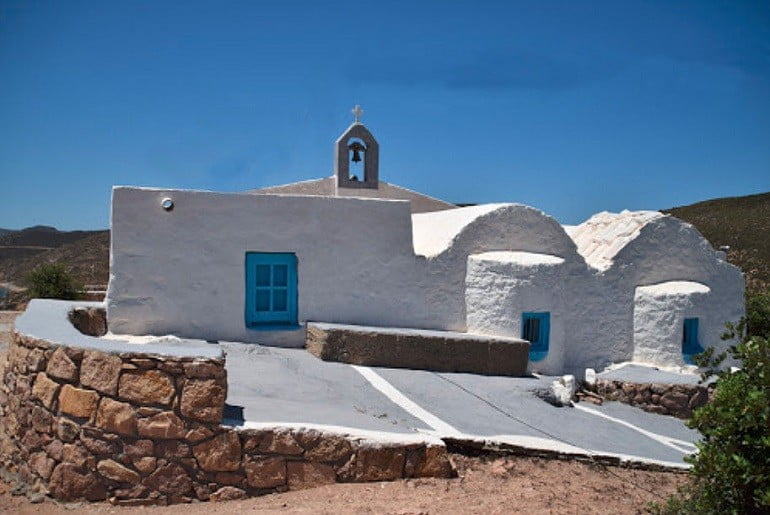 The famous festival of the Virgin Mary of Geranos takes place, the day of the celebration of the Assumption of the Virgin Mary (15th of August) after the evening vespers. The chapel of “Panagia tou Geranou” is located at the top of a hill of the region of the same name, one of the most beautiful spots of Patmos.

Early on the eve of the name day, chartered boats arrive with locals and visitors to enjoy the vespers (the evening hymn service), performed by the priest of Kambos district, the blessing of the artos, and the kafedisma.

Patmos, following the tourism and economic development of the last decades, enjoys its global reputation as a UNESCO World Heritage Site, as well as its designation by a special law of the Greek Parliament as a Holy Island, is one of the most important summer destinations.

The island produces excellent honey and cheeses such as mizithra, and xinomizithra. Xinomizithra perfectly accompanies Greek coffee and is offered during the “kafedisma” (having coffee and small talk accompanied by some sweets or cheese outside the chapels after liturgy). The island’s cuisine is also acclaimed for its tiropita, using three different kinds of cheeses and sprinkled with cinnamon – but then again, good cheese must be matched with good wine generally using the traditional red grape variety of the island the Fokiano. The Fokiano grape, a forgotten Greek variety, is now once again being cultivated. With its rich history and references in antiquity, it is intimately linked with the Aegean islands.

The cuisine of Patmos has a wide variety of dishes, including the poungia, the ahladakia, the dasogalo, anthonero, the artos, every Friday after liturgy, kolokythanthi with feta cheese or with rice in a casserole, schinopsomo and often serve katsiki kapama with tomato, thick-cut fried potatoes, and cinnamon sticks. At weddings, and celebrations, stuffed goat (katsiki) and katsiki kapama accompanied by thick pasta and an abundance of local grated cheese are consumed. At engagements, the groom takes xerotigana to the bride’s house on a large platter adorned with flowers or ribbons. Photo: Patmostimes