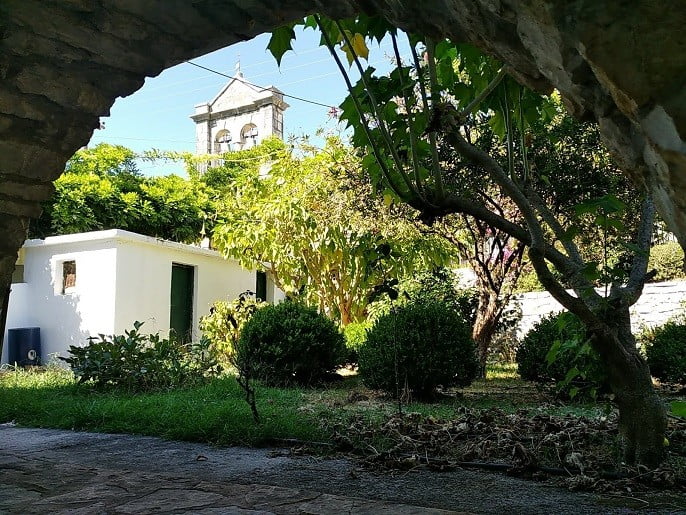 During the festival of the Virgin Mary of Kassopitra, at Kassiopi, festivities begin in the evening with roasted lamb and performing musical groups, where locals, participants, and visitors are welcome to join.

Built upon the ruins of an ancient temple of Zeus, the church of Panagia Kassopitra had murals from the 9th century. Cassiopeia fell victim to the barbarity of Sultan Suleiman’s fleet in 1537. Under the orders of Barbarossa, the Turkish fleet attacked Corfu, Cassiopeia being almost levelled, and even the church of Kassopitra did not escape the rage of the attackers. However, the miraculous image was saved with divine intervention. And if that sounds too much to bear, the French baron Blancard attests, as it does in his campaign diary.

It definitely deserves a visit, as does the Roman fortress atop the settlement of Anixi, particularly when it is covered with wildflowers. The walk along the lakeside is a real pleasure and can perfectly be combined with a delicious meal of noumboulo and cumquat or fried kalamari with lemon chutney and ouzo. Following the traditional road to the left of the port, you will encounter the marvellous double beach of Kassiopi with its white pebbles and a small pathway that leads to huge sea-washed boulders.