Attica, Spata, Festival of the Apostles Peter and Paul 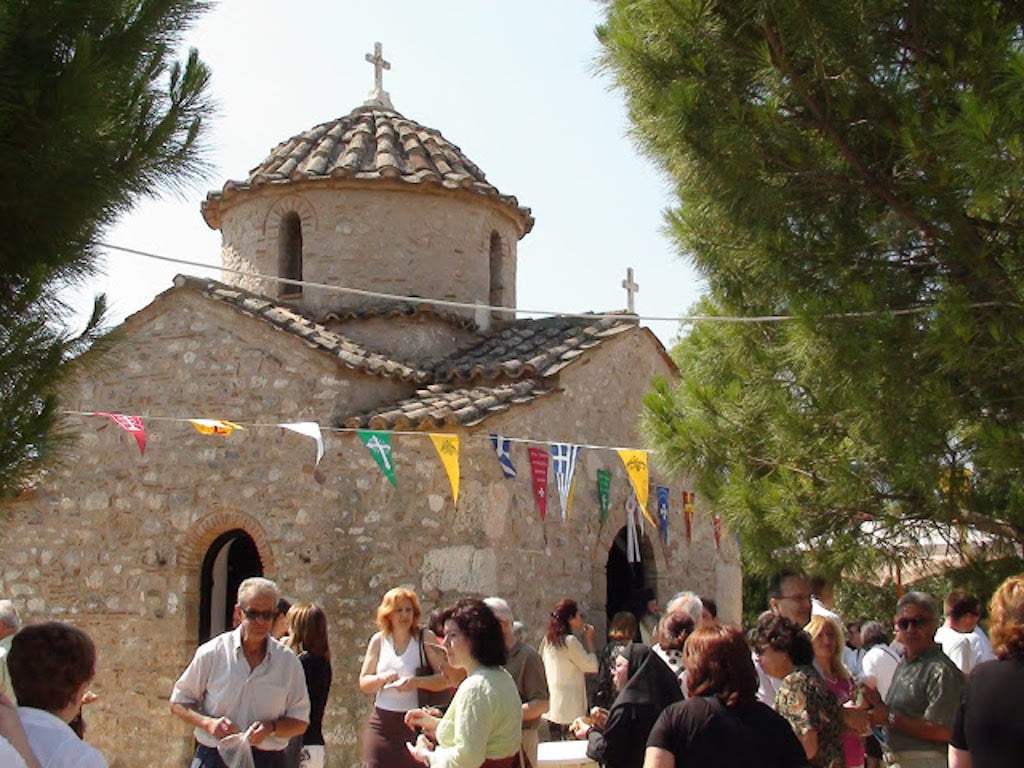 The celebration of Aghii (Saints) Peter and Paul, regional patron of Spata, is a three-day event. It is one of the few genuine festivals that, even today, remains alive and unchanged in the broader region of Attica, reflecting the inhabitants’ deep feelings of religious faith and reverence, rather than mere interest in being sociable or having entertainment. 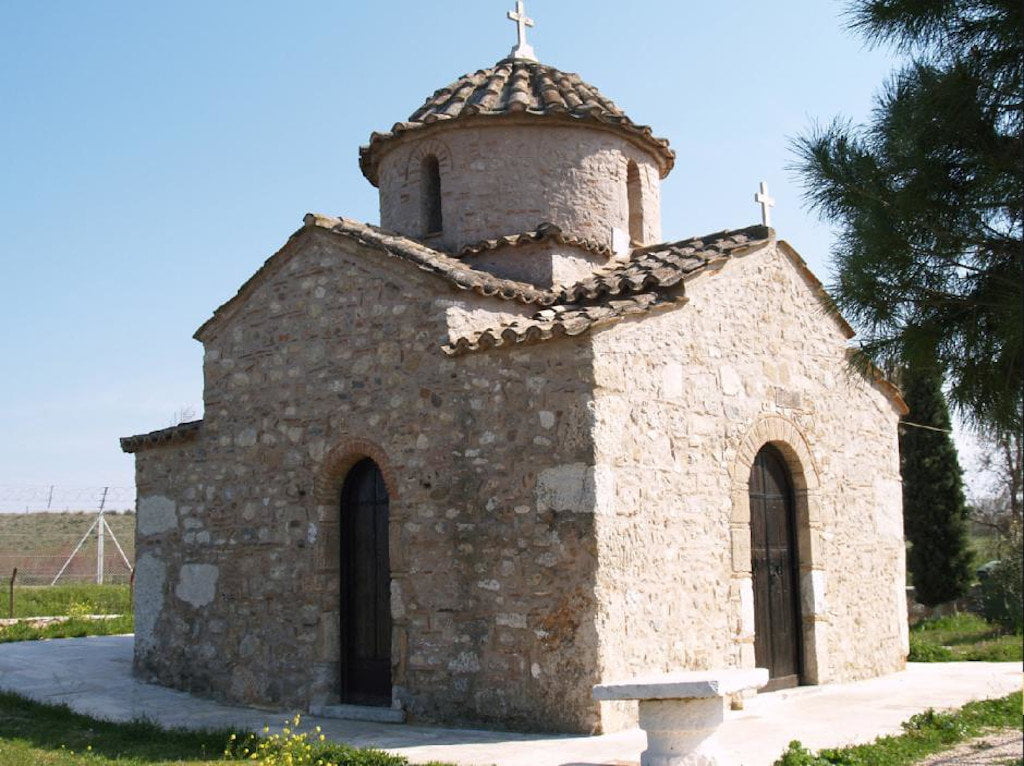 The church of the Apostles Peter and Paul was built between the 11th and 14th centuries. It is of post-Byzantine cruciform design with a dome and three niches and is open to residents wishing to worship. At the northern entrance, an arch comprising a piece of ancient marble has been placed, as is the case with many Christian churches that use structural elements taken from ancient Greek temples. An additional point of interest is the preservation of a unique fresco showing in full-body Agios Charalambos, a work of the School of the important 18th century religious painter Georgios Markos. Besides its historical, architectural and archeological significance, the church holds a special place in the religious practices and folklore of Spata’s inhabitants. It is the “soul of the city”, one could say, while at the same time it is an important place of worship within the wider region of Attica’s Mesoghia plain. The church was once located within the boundaries of the new Athens airport, Eleftherios Venizelos, and, in fact, at a place where a new runway was planned. For that reason, it was decided to reposition it 339 meters to the west of its original location, using jacks and special rails to get it to its present location. The church holds its annual festival on the 29th of June, during the celebration of the Apostles Peter and Paul, with celebratory vespers, the holy liturgy, religious-folklore events and the custom of “corbani”, which involves animal sacrifice and the sharing of religious meals. 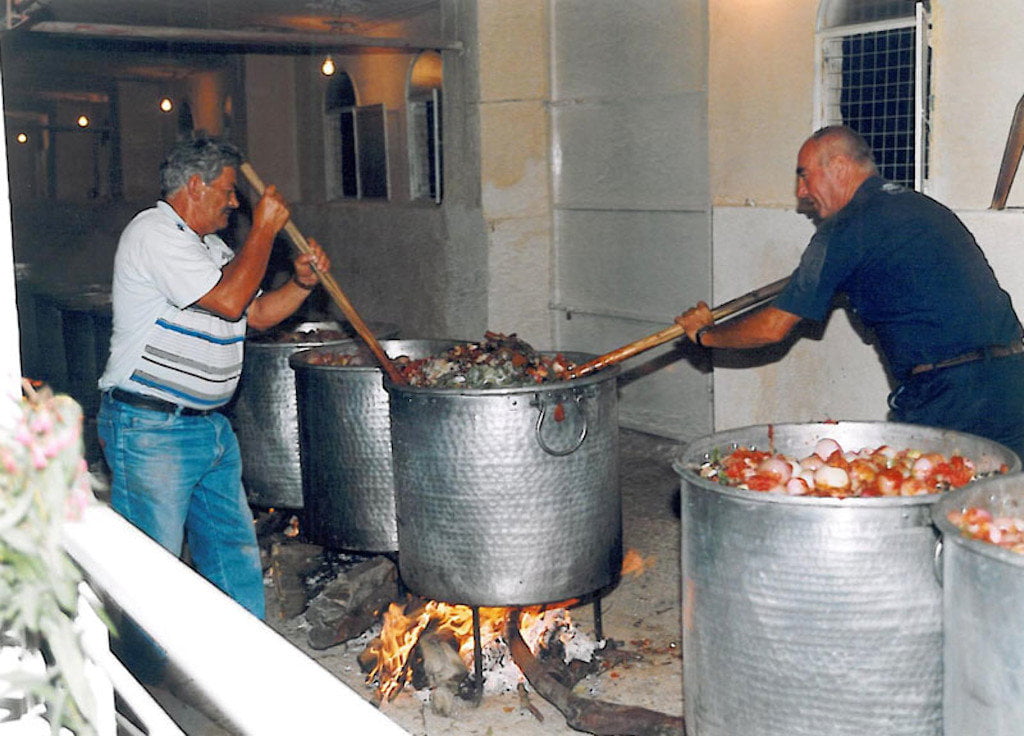 Every year at this time, the residents of Spata organize this celebration of the town’s protectors, Patrons. It all starts begins on the evening prior to the festival day with the preparation of stifado, which uses seven tons of meat and eight tons of onions to prepare a meal that is distributed on the day of the religious service. The residents of Spata have a religious obligation to maintain this custom. The preparations start at the end of May when the committee for the event begins to gather funds for purchasing the meat and the other ingredients that are needed. On the eve of the celebration, the women of the town gather to prepare the onions for cooking in a place where cauldrons will later be set up. Then they leave the prepared onions in tanks of water and the men, starting in the morning, take over, distributing the tasks amongst themselves. Some get the firewood ready for the cooking, others put seventy empty cauldrons in place and jointly they slowly fill them with the ingredients for the stifado. The lighting of the fire takes place in a ritual led by the head of the metropolitan church using candles that have been brought from the Church of St. Peter. The process of preparing the stifado is overseen by an experienced chief chef who makes sure that the food is ready by the end of the liturgy on the following day. Finally, a feast and festivities take place.

The following ingredients are required for preparing the stifado: 7 tons of beef fillet 8 tons of onion 1500 kilos of fresh tomatoes 300 kilos of tomato paste 600 kilos of olive oil 500 tons of spice 2500 cloves of garlic