Milos, Festival of the Assumption of the Virgin Mary 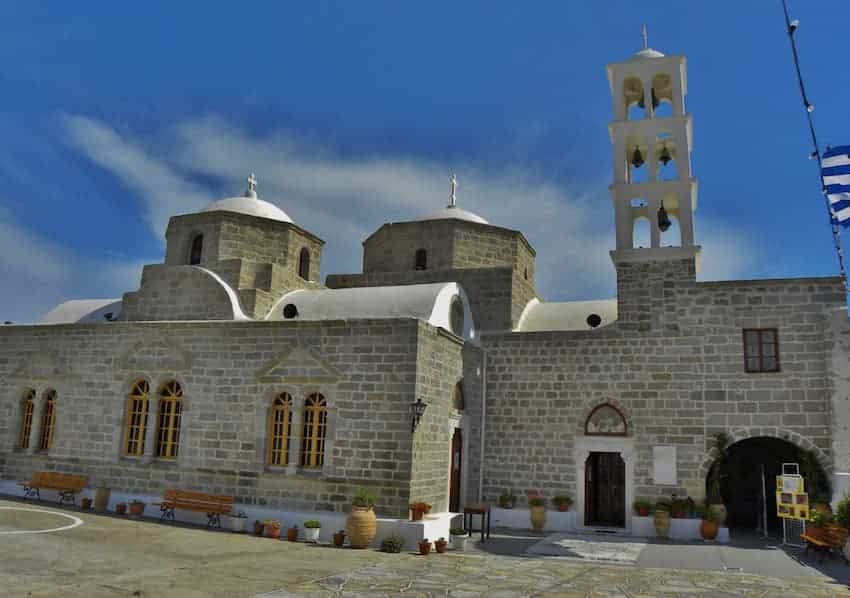 The churches of the Assumption of  The Virgin Mary the Protaitissa and of St. Charalambos in Milos, Adamantas

This church, with a dual dedication, is located above the harbour of the village of Adamantas at its highest point. It was built by Cretan refugees in 1870 and took its name from the church of the Assumption of the Virgin Mary the Protaitissa (the old metropolis of the island) and its nearby church, Agios (Saint) Charalambos. These two churches were located at the old capital of the island, Zefiria, which was destroyed by an earthquake, and the wooden icon screens and the old icons of these churches were transferred to the new one. In the church of Assumption of the Virgin Mary the Protaitissa and Saint Charalampos (the locals call it by its latter name), you will see Cretan-Byzantine icons from the ruined churches of Zefiria, as well as its wood-carved icon screen and the precious icon of the Virgin Mary, covered with silver leaf. Built by the Venetians, Zefiria was the first capital of Milos, which was abandoned and fell into ruin after the great earthquake of 1767. Today it is a small settlement whose inhabitants are mainly engaged in agricultural pursuits.

The inhabitants of Milos, maintaining the customs and traditions, organize every year a festival, the day of the ascent of the Saint to whom the church is dedicated, to honor his memory, after the day’s liturgy, where everyone is welcome to participate, as well as at the traditional meal offered generously that includes with traditional meze, but also traditional dishes of Milos such as the koufeto of Milos, the karpouzopita, the pitarakia, skordolazana with tomato sauce, the pork cooked in the oven with mileiko pelte, the local wine and with the sounds of the island’s music dance and have fun. The festivals are mainly held during the summer period from June to October and in which people traditionally meet, get to know each other and assimilate into the social life of the local society.