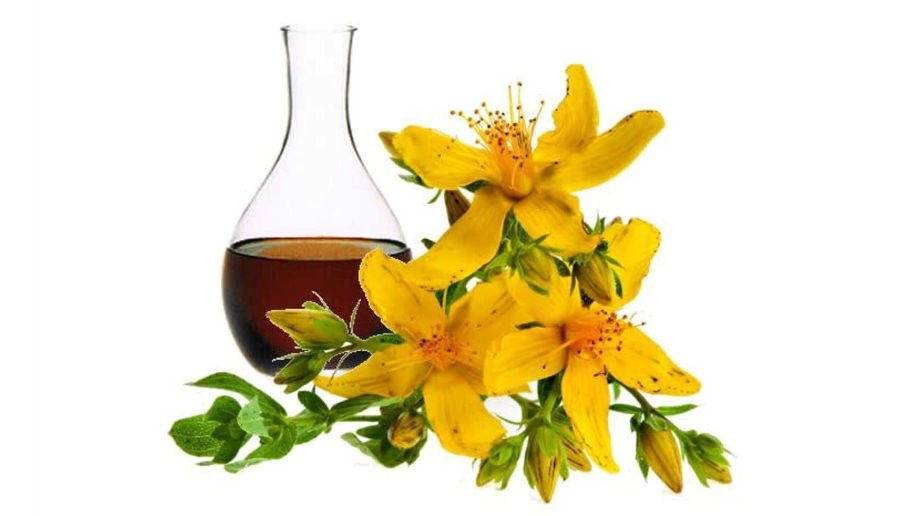 Spatholado (St John’s wort essential oil) is derived from a flowering plant and is recognized for its many properties. The flowers bloom from the beginning of May until June. Its official name is Hypericum or Carex or St. John’s wort. It is one of the most common members of Greek flora and grows on uncultivated land. Its healing properties are excellent, but are also ideal for therapeutic massages and relaxation.

It was a famous cure of the ancient Spartans, who used it to heal their wounds after battle. The plant that gives this precious oil is distinguished not only by its bright yellow color but also for its many medicinal properties as an anti-depressant, antiseptic, antioxidant, anti-inflammatory, astringent and healing substance. Spatholado also helps in the treatment of sciatica, rheumatic pain, joint pain, wound healing, bruises and first-degree burns.

Its preparation is simple. The flower must be picked in the morning and prepared freshly harvested. The spatholado will mature in the sun after about 40 days in maceration of high-quality olive oil and will result in a red color and then stored in a bright spot. Spatholado should not be stored in plastic bottles which destroy its properties. Stored in glass, it keeps for about one year. The oil must not be used during the day in the sun and by pregnant women.

Known for its many properties, it has remained an “essential drug” from early times until today.

St. John’s Wort has become popular again as an antidepressant. It is the number one treatment in Germany and has been extensively studied by Commission E, the scientific advisory panel to the German government. It contains several chemicals, including hypericin, hyperforin, and pseudohypericin, which are thought to be the major sources of antidepressant activity. In several studies of laboratory animals and humans, one or more of the chemicals in St. John’s wort appeared to delay or decrease re-absorption of the neurotransmitters dopamine, norepinephrine, and serotonin by nerve cells.

Saint John’s wort has also been studied for the treatment of other emotional disorders such as anxiety, obsessive-compulsive disorder (OCD), menopausal mood swings, and premenstrual syndrome. In laboratory studies, it has shown some effectiveness for lessening the symptoms of nicotine withdrawal and for reducing the craving for alcohol in addicted animals. It is believed that chemicals in St. John’s wort may act like other chemicals that are associated with relieving emotional conditions.

It has also been used to treat hypothyroidism and a salve made with the extract can be used topically to treat bruises, burns, insect bites and scabies. It can be supplemented with other essential oils.